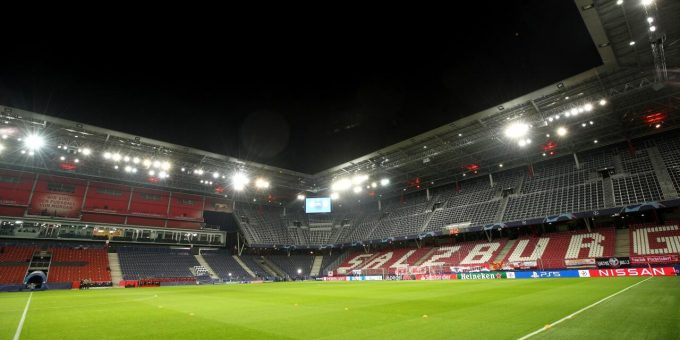 It’s off to the cards markets in Wednesday’s Champions League tie between Red Bull Salzburg and Bayern Munich for our football props column.

“Camara has been carded in nine of 23 starts this season, including three of eight in Europe.”

Salzburg’s Mohamed Camara is a bit of a card magnet and it could well pay to back him to find his way into the referee’s notebook in this one.

Camara has been carded in nine of 23 starts this season, including three of eight in Europe.

The defensive midfielder should have his hands full in this one with the trio of Leroy Sane, Thomas Muller and Serge Gnabry dropping behind Robert Lewandowski in the Bayern attack.

Salzburg were the highest-fouling team in the group stage with Camara committing 11 of those in his six matches.

With Michael Oliver the man with the whistle for this one, I’m happy to couple a card for Camara with over 3.5 cards in the match.

Oliver produced more cards in his UEFA appointments than he does in the Premier League and he’s landed over 3.5 in 23 of his last 30 such matches. He’s actually reached at least five cards in 17 of the 30.

A team who clearly like to break up play with a foul should attract his attention.

Add the two legs together in a Bet Builder and you get a price north of 3/1 which looks perfectly acceptable.

Wednesday Cheat Sheet: All the best bets in one place!