Switching these trends features to a scoring system seems to have had a bit of success so far.

In the US Masters, top scorer Rory McIlroy finished runner-up. And in the snooker version at the recent World Championships, the trends successfully picked a Ronnie O’Sullivan-Judd Trump final.

So let’s stick to the new formula for next week’s US PGA Championship at Southern Hills in Tulsa.

One slight disadvantage compared to those events at Augusta National and The Crucible is that this tournament moves around.

Still, let’s work with what we’ve got and list the categories involved.

They are: Age, Nationality, World Ranking, Winning Form in 2021/22, Current Form, US PGAs Played, Past US PGA Performance and Course Fit.

Let’s use the opening category to remind ourselves of the new points scoring system. The key is frequency and I’ll award points based on how often each age group won across the last 10 editions of the US PGA. So as seven 20-somethings won, anyone in their 20s this year is awarded 7pts. Here’s the allocation.

Previously, I’d have just struck a line through anyone 30 or over given that ‘in their 20s’ was the dominant trend. So 33-year-old Rory battles on.

This has been good tournament for home American players. They’ve been successful in seven of the last 10 editions while the other three were won by McIlroy (twice) and Australian Jason Day. If using team events as a guide, we can categorise the 10 as Americans, Europeans and Internationals.

Five of the last 10 winners were ranked in the world’s top 10, showing how this has been a good event for golf’s elite. A couple of surprise winners (Phil Mickelson 116th and Jimmy Walker 48th) give some hope to those not high up the world rankings.

This has always been an excellent event for players who had already posted a win that same season. Mickelson hadn’t but he broke just about every trend. Seven of the last 10 champions had already banked some silverware in the season of their US PGA triumph. I’ll include DP World Tour wins in this category.

This is where it gets a little tricky given that I’m writing this ahead of the AT&T Byron Nelson but more on that later. The big trend is that playing well before the US PGA is a great pointer to success. Again Mickelson bucked it but eight of the last 10 champions had posted a top 20 on their previous start.

Again, ignore Mickelson the outlier and focus on another strong trend that has emerged. This has turned into the best major for relative newcomers and eight of the last 10 winners had previously teed it up in no more than five previous US PGAs. Collin Morikawa was making his US PGA debut, as was Keegan Bradley in 2011 although he’s now fallen out of the study period (2012-2021). That’s very different to the US Masters where no first-timer has won since Fuzzy Zoeller in 1979. 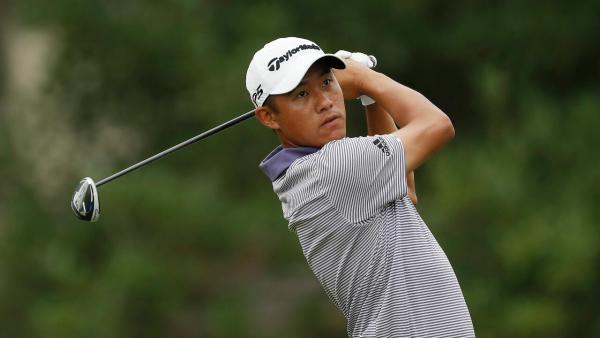 Past US PGA Performance

Even though it’s the major won early in a career, nine of the last 10 champions had already signalled their intentions with a previous top 20 in the event. That’s one trend that Mickelson actually does help with!

We don’t have an awful lot of data for this year’s venue, Southern Hills, but let’s at least try and use what there is. Across the three events played there in the 21st century – 2001 US Open, 2007 US PGA and 2021 Senior PGA – the standout stat is Greens In Regulation.

To turn that into points, I’m going to divide this season’s Greens In Regulation stats into blocks of 25 and award points accordingly to reflect that the best iron players have an advantage.

Morikawa is ranked 3rd for GIR this season so gets the full 8pts but Dustin Johnson is down at 156th so is awarded just 2pts.

And that’s all eight categories complete. So…

The scores are in and – drumroll – these are the top 10 in the rankings:

But wait. Going back to the Current Form trend changes things. I’ve yet to award any points in that category for players taking part in this week’s AT&T Byron Nelson.

If any of them bag a top 20, they would have 8pts added. So here’s how the revised standings look if the Byron Nelson bunch all have a good week.

So, it’s on your hands Scottie. Time for a second straight major!

While a system that picks out the two favourites and top two in the world doesn’t exactly sound revolutionary, I’m quite happy with it. And exchange prices at the time of writing that show Scottie Scheffler at 13.012/1 and Jon Rahm at 16.015/1 seem pretty decent.

Looking at the duo, both are in their 20s, have a win this season, haven’t played in more than five PGAs, have a previous top 20 in the event and are ranked 1st (Rahm) and 4th (Scheffler) respectively for Greens In Regulation in the current rankings. 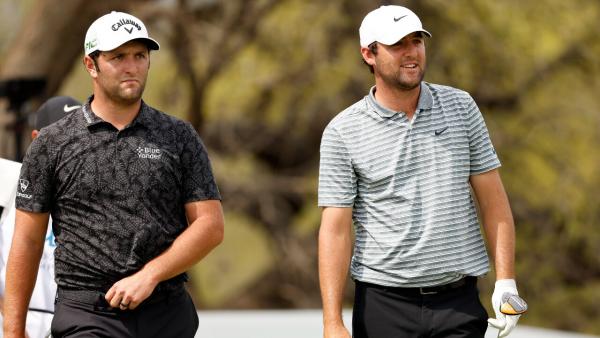 Scheffler, presuming he has a top 20 at the Byron Nelson, only edges out Rahm on nationality given the proliferation of American winners in the last 10 years.

Sam Burns at 4645/1 and Will Zalatoris at 3635/1 are also interesting given their high rankings although watch out for price alterations as the Byron Nelson unfolds.