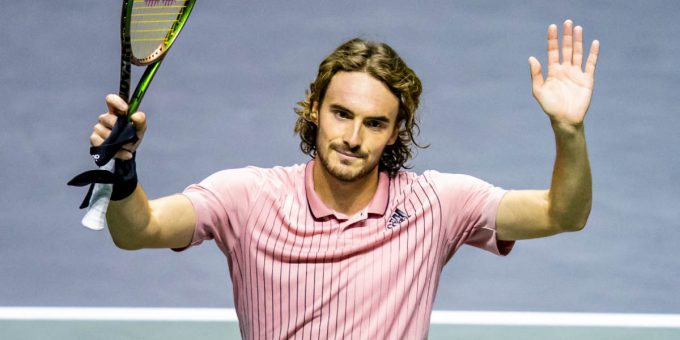 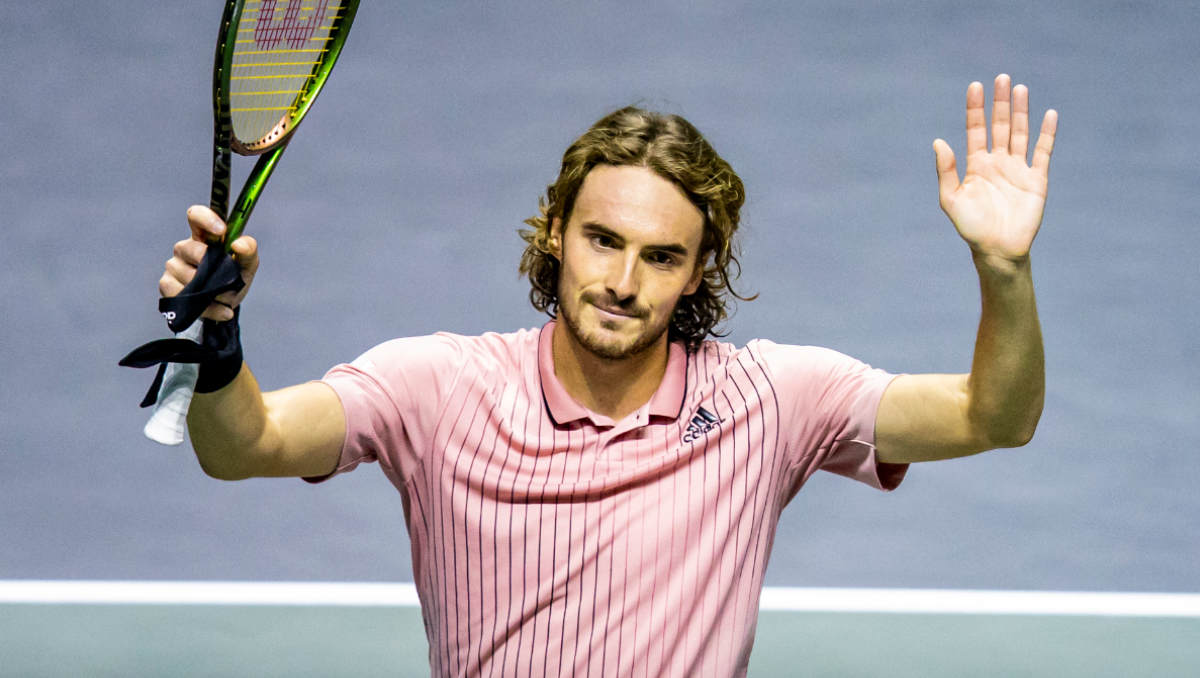 Youth was having its day in Rotterdam on the closing weekend of the first ATP500 of the year.

No surprises, perhaps, about three of the young names that made up the semi-final line-up. After all, Stefanos Tsitsipas, age 23, Andrey Rublev, 24, and Felix Auger-Aliassime, 21, were the top three seeds in the draw, all ranked in the top 10, all with extensive experience and plenty of success in their lockers already.

Top-of-the-pile Tsitsipas came to Rotterdam as a semi-finalist at the Australian Open, was runner-up at Roland Garros last year, and owned seven titles that included both a Masters crown and an ATP Finals trophy. However despite 58 match-wins at the 500 level, and reaching seven 500 finals, he was yet to win a 500 title.

Second seed Rublev was the defending champion, having put together a stunning run this time last year to win four ATP500s in a row. He had four quarter-final runs at Major level to his name, and also took great strides at Masters level last season: two finals and a semi finish.

His start to 2022 was slowed by a Covid infection prior to his intended involvement in the ATP Cup, and that showed in a third-round exit at the Australian Open, but with half his titles won on hard indoor courts, he began showing that prowess again in Rotterdam.

In his semi, he would face the third seed, a man who had been piling up the wins in 2022: Felix Auger-Aliassime. The 21-year-old Canadian star had made at least the quarters of his last three Majors, beaten in the US Open semis by eventual champion Daniil Medvedev and then in the quarters at the Australian Open, also by Medvedev.

Also this January, Auger-Aliassime won the ATP Cup in Sydney alongside compatriot Denis Shapovalov, and that helped consolidate his place in the top 10 for the first time.

He had been runner-up in Rotterdam two years ago, too, but still searched a solo title in eight attempts. Not that the draw was overly kind to him, especially bearing in mind the number of matches played and won already in 2022: wild card Andy Murray in Round 2, No6 seed Cam Norrie in the quarters, now Rublev, who had cruised through to the semis with consummate ease.

But what of the fourth man, the youngest of the semi-finalists in Rotterdam. At age 20,

qualifier Jiri Lehecka was putting together the run of the tournament.

Into the main draw via qualifying, he faced the unenviable test of Shapovalov in his opener, never having won a main-draw match before. He soon proved that his 137 ranking should soon be considerably higher, beating not just the 12-ranked Canadian but the 51-ranked home favourite, Botic van de Zandschulp and then 63-ranked Lorenzo Musetti.

And Lehecka looked entirely at home, too, but now he faced an opponent of a different stature, who had led Novak Djokovic 2-0 in an epic five-set final at Roland Garros, had beaten Rafael Nadal from two sets down at last year’s Australian Open, and at around Lehecka’s age, was on his way to victory at the ATP Finals.

Yet it was the young Czech who got a flier, and broke Tsitsipas in the third game. He had another chance to break in the seventh game, too, as he continued to go for his shots, scramble in defence, and outscore Tsitsipas in winners.

The Greek faced set point serving at 5-3, but survived with some big serving: Lehecka would have to maintain his considerable composure and serve it out. That almost went awry, with a double fault taking him to 0-30, but he righted the ship with continued bold serving, and a big serve backed by a wrong-footing forehand sealed the first set, 6-4.

Against the usually aggressive tennis of the Greek, the Czech was imposing his own front-foot game, making 12 winners to just five from Tsitsipas, and only eight errors.

After a brief comfort break, Tsitsipas came back looking sharper, and after a quick opening hold, he tested the Czech’s serve for the first time in the match, five deuces, and finally a first break point as Lehecka made some tight errors. The Czech was up to the test, a forehand winner, and then Tsitsipas fluffed an easy volley at the net and the Czech held on for 1-1.

The Greek had another chance in the fourth game, but a Lehecka net charge wiped it out. Another serve-forehand-strike held him at 2-2, and a backhand winner made it 4-4. However, Tsitsipas was beginning to find his range and rhythm, forcing longer rallies, and his serving levels were increasing all the time, up to 81 percent success on his first delivery.

Lehecka would have to serve to stay in the set, a big test of his confidence and focus, and with Tsitsipas returning too many second serves like bullets, it came relatively quickly, a break for the set, 6-4.

The Greek’s momentum and flow carried into the third set, a love hold followed by an immediate break as the Czech’s serve lost some of its accuracy, perhaps fatigue as last playing a part. This was his fifth event this year, including Challenger and qualifying tournaments, and this his 15th match. Never had he even won a main-tour match until this week, and now he had reached the semis of a 500. His last two matches were across three sets, too, and now played another against the world No4.

In contrast, Tsitsipas looked increasingly explosive and assured in his shot-making, with only four points dropped on serve for 5-2, and he would not have to serve again. He broke for the match, 6-2.

Tsitsipas has played each of his possible final opponents several times: indeed his 4-4 head-to-head with Rublev is shaping up to be an intriguing rivalry. The Greek has beaten the younger Auger-Aliassime in the last five of their seven meetings.

So for the Canadian, the road is an uphill one that will require wins over both No2 seed Rublev and No1 seed Tsitsipas—a massive ask with that elusive first title on the line.