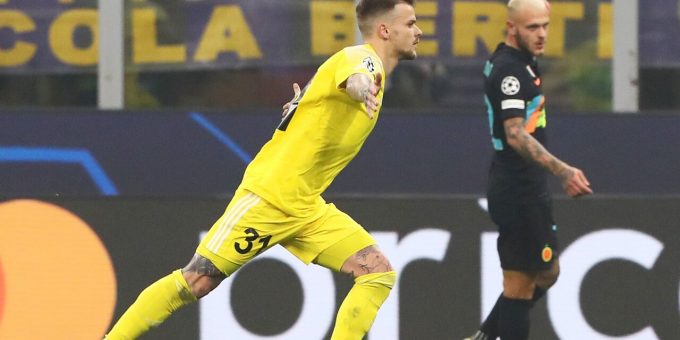 “The Luxembourg star has managed to hit 2+ shots in seven of his nine games in Europe, including in the four matches against Real Madrid and Inter Milan.”

A couple of tasty prices can be combined in this Europa League tie for a 13/1 shot.

Sheriff lead 2-0 from the first leg and will now look to protect their lead – their defence can be expected to be busy.

With that in mind, it’s surprising to see their most-carded player of the season, centre-back Gustavo Dulanto, available at 3/1 for a card.

He’s had nine cards in 25 starts during the current campaign, including three in six games during the Champions League group stage.

As captain, he’ll also be leading from the front and it will be key for Sheriff to repel the expected Braga onslaught from the off.

The referee is Spaniard Jose Maria Sanchez Martinez, who has shown 4+ cards in 11 of his last 15 UEFA club appointments.

I’ll combine that with Sebastien Thill to have 2+ shots which is a tempting single at 23/10.

We’ve not got loads of data on the Moldovans but Thill’s efforts in Europe on this front have been impressive.

Since the Champions League play-off round began, the Luxembourg star has managed to hit 2+ shots in seven of his nine games in Europe, including in the four matches against Real Madrid and Inter Milan.

The obvious issue is if Sheriff go ultra defensive in a bid to protect their first-leg lead, yet they’ll know failing to offer anything going forward would be a bad move.

In any case, the vast majority of Thill’s efforts come from outside the box – he has an impressive shot on him and is prepared to have a go from distance. He’s also often on free-kicks around the penalty area.

A 13/1 Bet Builder about these two occurring looks too good to miss.

Thursday Cheat Sheet: All the best bets in one place!