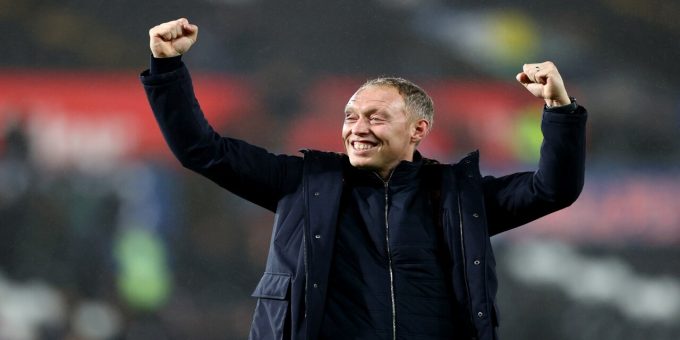 It’s a 9/1 odds boost for Paul Robinson’s Daily Acca today, and it begins with the huge Championship game from the Vitality. Here are his selections:

Forest to pick up a huge win

Bournemouth have collected three more points than Nottingham Forest this season, but the latter had a dreadful start, and have outperformed the Cherries since Steve Cooper replaced Chris Hughton.

The two teams meet in what is almost certainly an automatic promotion decider, with the draw also being on the side of the hosts.

I think the visitors are overpriced to get the win here, as they are in better form, and have continued to win even with key players absent.

Scott Parker’s men have been stuttering over the line, and they have been drawing too many matches for my liking.

Into the Scottish Play-offs now and the fourth and third placed teams from the Championship are involved in the first leg of their tie.

This selection is relatively straightforward, as first legs in vital ties tend to be more low-scoring than traditional games.

Regardless of that, Partick have seen 16 of their last 17 at home end with two goals or fewer, and the same can be said for six of Inverness’ last 10 on the road.

No worries for ‘Pool in Spain

Liverpool travel to Spain with a two goal advantage, and while they don’t need to win tonight – or even draw – I do think that they can beat Villarreal this evening.

The fact that Unai Emery’s men are 2-0 down will suit the Reds in terms of the way the game will be played. The hosts can’t afford to be as defensive as they would like to be, and Jurgen Klopp’s men can take advantage.

The English club are clearly the better team, and they won’t want to have a nervy 90 minutes. Expect them to go for an early goal.