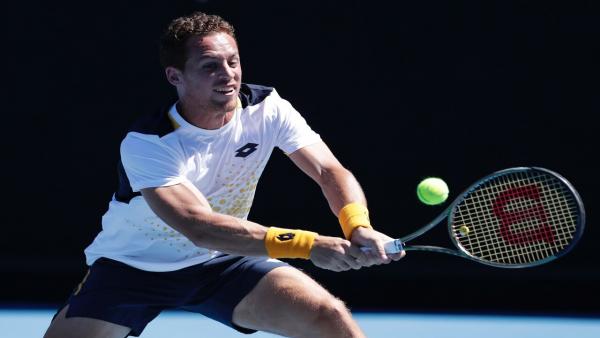 The likes of Stefanos Tsitsipas, Karen Khachanov, Andrey Rublev and Denis Shapovalov are in action today in Rotterdam, but all are quite short in price to progress, so I’m looking elsewhere for today’s value.

Perhaps Tallon Griekspoor will turn out to be one of the rare breed of Dutch players who enjoy the atmosphere and occasion of playing at home and he looks one of the underdogs with the best chance of success on Tuesday in Rotterdam.

He’s shown glimpses in the past of not being fazed by facing higher ranked players in Rotterdam – notably when beating Stan Wawrinka and Khachanov here at very big prices.

Based on the level that his opponent Aslan Karatsev showed in Pune you’d give Griekspoor a fine chance and how long will it take Karatsev to adapt to these indoor conditions coming from fast courts in Melbourne and then Pune at altitude outdoors?

Griekspoor’s great success last season at Challenger level has brought him a significant amount of confidence and already this season he’s held serve 87% of the time, losing out in two tie breaks in Montpellier last week to eventual champion Alexander Bublik.

So, every chance for Griekspoor today, but not stunning value at 2.305/4 and given that the court looks slow again in Rotterdam I’ll pass.

Alex De Minaur‘s assessment of the conditions in Rotterdam after beating David Goffin were interesting to note:

“The court is very slow, very heavy. A huge contrast from the Australian Open. It makes you adjust a lot tactically, the way you play. You can’t be as aggressive, as you give your opponent a lot of time to pass you or retrieve a lot of balls. You have to be smart when you are attacking or defending. Expect to see a lot of rallies.”

The court is very slow, very heavy. A huge contrast from the Australian Open…

That being the case, I wonder if Mikael Ymer is too short today at 1.4640/85 against Lorenzo Musetti?

Ymer beat a woeful Gael Monfils and an exhausted Richard Gasquet in Montpellier last week before being given a lesson by Alexander Zverev and he seems rather short against Musetti as a result of those wins.

With conditions being slow – and they’re definitely much slower than those Musetti encountered in Pune last week – Ymer surely lacks the raw power to hit through Musetti on a regular basis on this sort of a surface.

Looking the numbers for the pair of them in the last 12 months on indoor hard at main level there’s not much in it: Musetti with a hold/break total of 91 (Ymer 94) and with a combined service points won/return points won total of 94 (Ymer 96).

That doesn’t suggest that Ymer should be as short as he is today and there were good signs and positive body language from Musetti last week in unsuitably fast conditions in Pune.

The change of surface from quick outdoor hard in Pune to here might be tough for the Italian at first, but the straight win or the games handicap are both value options here.

There were good signs and positive body language from Musetti last week in unsuitably fast conditions in Pune.

Another one that could be tighter than the prices suggest is the match between Karen Khachanov and Alexei Popyrin.

There was very little between these two when they met on outdoor hard in Dubai a year ago and Khachanov edged it in a final set breaker, scoring four more points overall.

What puts me off here is that Popyrin served really well that day (18 aces and 87% first serve points won) and the slower conditions here won’t help the Australian, who won only 41% on second serve against Khachanov in Dubai.

It was a similar story for Popyrin last week, when he won 80% on his first ball and just 36% on his second against Filip Krajinovic.

Competitive matches in prospect in Buenos Aires on Tuesday

Juan Ignacio Londero had a good week in Cordoba – his first decent showing for a very long time and he talked about how he was really struggling mentally over the last couple of years and that he’s much better now.

Londero should have made the final here in 2020, but melted down from a dominant position against Casper Ruud and he didn’t really show his best in the semis last week against Albert Ramos.

On his best form he should have too much power for Pablo Andujar, but the Spaniard is a clever player and knows how to nullify power hitters on clay, so that’s a tough one to call, with Andujar not having played on clay since last September.

On his best day there’s a chance that Thiago Monteiro could be too powerful for Albert Ramos, but I think there’s a bit of fatigue built into the Ramos price here after his efforts in Cordoba last week.

Ramos has to move very quickly from an altitude tournament to sea level in Buenos Aires and he usually starts at around 1.402/5 or so against Monteiro, so I’m not sure there’s any great value in the Brazilian here.

Ramos didn’t have that tough a week in Cordoba – just 10.5 sets in total, so he should may well still be fresh enough.

Comparing the last 12 months of clay stats at Challenger level of Sebastian Baez and Holger Rune shows that there isn’t that much between them: Baez carving out slightly more break chances and being better at taking those break point chances (50% win rate compared to 43% for Rune) being the main differences.

Indeed, they met twice in the space of a week in Santiago, Chile last March and won one each, so given that Baez will undoubtedly be nervous playing this prestigious tournament at home and that Rune knows he needs to produce way better than he showed last week, this could be close.

Baez has clearly improved in recent months, but is it enough to make him 1.564/7 for this, considering the layers couldn’t split the pair in Santiago?

He’s the right favourite, but a touch too short for me at that price.

Munar may have to dig deep to beat Etcheverry

Similarly, Jaume Munar has the edge in terms of main level experience over Tomas Martin Etcheverry and you feel that Munar will more than likely coax enough mistakes out of the Argentine (he hit 48 unforced errors last week in two sets against Milojevic) to prevail here.

Munar lost as 1.528/15 favourite last week in Cordoba to Daniel Elahi Galan and he’s lost four of the last five main level clay court matches for which he’s been priced up as favourite for, so he’s been unreliable of late.

The Spaniard has a good record here in Buenos Aires (7-3 win/loss including qualies) and made the last eight as a qualifier last year, while Etcheverry has only played four main level clay matches in his career.

There’s not much between the pair on the stats and perhaps backing Munar to edge it 2-1 at around 4.607/2 is a better idea than risking him at 1.84/5 with Etcheverry likely to fight hard at home. 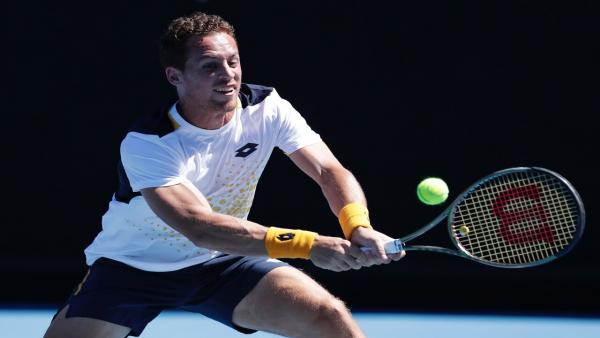 There’s a classic big server/big forehand versus the baseline grinder clash in prospect when Roberto Carballes Baena takes on qualifier Nicolas Jarry in what will be their seventh career meeting.

It’s nicely balanced at 3-3 at the moment (3-2 to RCB if you exclude an early retirement) and looking at the head-to-head stats shows that it’s actually RCB that’s held serve marginally more often and won more points on serve overall.

It’s very fine margins though and that’s borne out in the fact that five of the last eight completed sets between the pair have gone to tie breaks (although two of those three matches were played at altitude).

The prices look about right here, with nothing much to suggest any value one way or the other.

Pedro Martinez was far from impressive last week in Cordoba, with a slew of peculiar unforced errors and odd shot choices punctuating his matches against Thiago Monteiro and Juan Ignacio Londero.

In both matches Martinez was much better when he was being the aggressor and when he tried to contain from behind the baseline he was being easily outgunned by Monteiro and Londero.

He might get lucky this week, with Alejandro Tabilo likely to be a tad leggy after seven matches last week at slight altitude in Cordoba and, like Ramos, Tabilo has little time to adapt to the different conditions.

Tabilo’s matches were all two-setters (apart from the final) last week and given the stature of his tournament I doubt he’s going to submit to fatigue straight away.