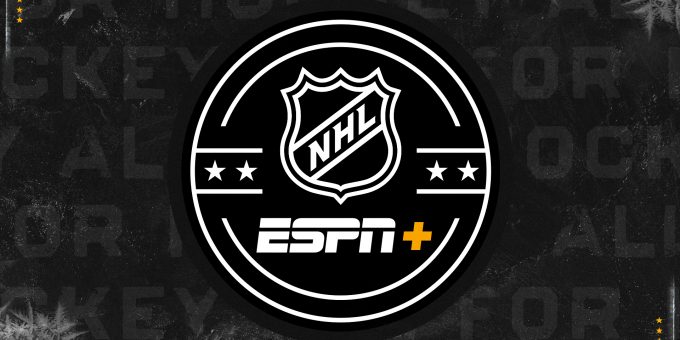 The men’s college hockey season is heating up, with conference tournaments underway and the Frozen Four (April 7 and 9 at TD Garden in Boston) within sight.

The first steps toward filling the NCAA field are the conference tournaments, which, in addition to crowning league champions, will determine the six automatic qualifiers. From there, 10 at-large teams will be selected, based largely on the PairWise rankings. The NCAA selection show is March 20 at 6:30 p.m. ET on ESPNU, with regional play to begin March 24.

Here’s a look at each of the conference tournaments, including schedules and outlooks. This page will be updated throughout the tournaments and as NCAA berths are secured.

The top six seeds of the 10-team league get first-round byes. Seeds 7-10 play best-of-three first-round series. After a reseed, the top four seeds host best-of-three quarterfinal series. Winners move on to the semifinals.

AIC, which won its fourth straight regular-season title, is the team to beat, but the Yellow Jackets had at least one loss (regulation, OT or shootout) to seven of its conference foes, so they are not a shoo-in. There are no NCAA at-large candidates in the Atlantic.

Regular-season champ Minnesota gets a bye into the semifinals. Seeds 2-7 play best-of-three quarterfinal series before the single-game semis and final, all on campus sites.

Top seed Minnesota is surging, winning its last eight games, as is Notre Dame, which swept Michigan to close the regular season and is 4-0 against the Wolverines. Those three teams are among the top 10 in the PairWise rankings, so they’re NCAA locks. Ohio State should be pretty safe for an at-large berth, but could use a series win over Penn State to solidify its standing.

Best-of-three quarterfinals at the top four seeds, followed by single-game semifinals and final, all on campus sites

Semifinals, March 12: TBD at No. 1 Minnesota State; TBD at No. 2 Michigan Tech

Minnesota State has been dominant from start to finish this season, winning 22 of its last 23 games, and is the likely overall No. 1 NCAA seed. The Mavericks won their four games with Michigan Tech, but they all were tight, with two going to overtime. Tech is in position for an at-large spot if it can’t pull off an upset and grab the CCHA’s automatic bid.

This season will include 103 exclusive regular-season games across ESPN, ESPN+, Hulu and ABC, and more than 1,000 out-of-market games will be available on ESPN+.
• How to watch
• Subscribe to ESPN+
• Stream the NHL on ESPN

Quinnipiac, the league’s only NCAA lock, suffered losses to Cornell, Harvard and Clarkson over the last few weeks, so there is potential for a stolen bid here. Entering the tournament, Clarkson appears to be outside the NCAA field, with Harvard and Cornell even further off the bubble.

Single elimination throughout. Seeds 6-11 play in the first round, then the eight remaining teams are reseeded for the quarterfinals. Winners move on to the semifinals and final.

Semifinals and final, March 18 and 19: at TD Garden, Boston

Perhaps the most wide-open conference tournament, and with the most at stake. With a sweep of Merrimack and UMass falling twice to Boston College, Northeastern claimed the top seed on the final weekend of the regular season. The defending national champion Minutemen have been on the right side of the bubble all season, but it would be in their interest to win at least one more game to feel perfectly safe about at least an at-large bid. Meanwhile, Northeastern, UMass Lowell and Boston University all are lurking on, or at least near, the NCAA cutline, with Providence, Merrimack and UConn not far behind — and any of those teams are capable of winning the league’s automatic berth.

Denver and North Dakota separated themselves from the pack toward the end of the regular season as the top two seeds. Western Michigan, St. Cloud and Minnesota Duluth also are in good shape for at-large NCAA spots and certainly could make some noise here, and even Omaha, with wins over North Dakota and Denver in February, can’t be discounted.