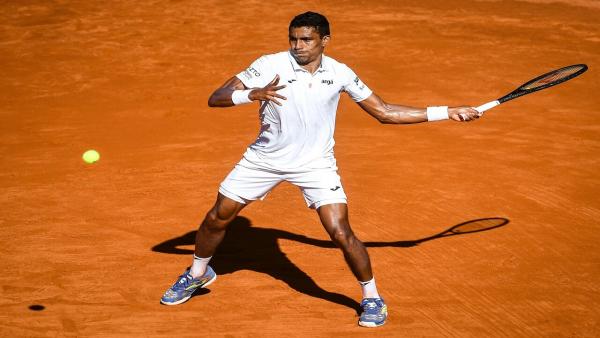 Round two in Doha, Delray Beach, Rio and Marseille completes on Thursday and Sean Calvert likes the prices of two left-handers on day four…

It took over three hours – as expected – but we managed to get Pablo Andujar over the line in Rio for a good-priced winner on Wednesday and we were denied a second success when Fabio Fognini brought his best game to the final set against Pablo Carreno Busta.

Briefly on Doha today, Nikoloz Basilashvili and Marin Cilic look the ones to consider from an underdog perspective.

Basil usually plays his best tennis in Doha and while he wasn’t at his best against Elias Ymer yesterday I wouldn’t be backing the (almost) equally inconsistent Marton Fucsovics as favourite against the Georgian here.

Cilic against Karen Khachanov is likely to be a close one, but if Cilic plays his best tennis I’d give him the edge there.

Mannarino’s style likely to be effective against Nakashima

Adrian Mannarino is an interesting proposition in Delray Beach as underdog against Brandon Nakashima in a match-up that may well suit the Frenchman.

Nakashima has tended to bet at his best when he’s redirecting pace, rather than making his own and Mannarino will use all his variety here to try and confound the young American.

We saw at the US Open last September that Nakashima excelled when redirecting the pace of John Isner’s ball, but he really struggled to make an impression against the defensive lefty Alex Molcan in the next round.

Nakashima, despite having the bigger serve, was unable to regularly generate enough of his own pace to hit through Molcan, who essentially ground Nakashima down over the course of five sets.

Nakashima struggled with a lack of backhand down the line that day to use as a weapon against Molcan and this scenario may well occur once more when he faces lefty Mannarino, who’s more than happy to be patient and wait for his opportunities.

Nakashima also struggled to hit through the defence of Jordan Thompson last week in quick conditions indoors in Dallas and ended up losing in straight sets.

Given the playing styles, I don’t mind taking Mannarino at 2.407/5 in this one.

Jack Sock is 5-13 on outdoor hard against big servers and was beaten here at Delray Beach (when he was top seed) by Reilly Opelka back in 2018 as a 1.374/11 favourite, but times have changed since then.

Sock is now a 3.1511/5 underdog against Opelka in 2022’s Delray Beach Open and Opelka is pretty good in the wind that regularly causes problems here, so I’m not tempted to back Sock in this one.

We’re guessing rather a lot on the fitness of Grigor Dimitrov, who has had Covid and withdrew from Dallas last week, so maybe this is a chance for Mitchell Krueger, who surprised a poor Jordan Thompson in round one.

Thompson had the trainer out in that one, so perhaps he was below par physically, but it was a poor performance from the Australian and Krueger’s luck might be in this week.

Marcos Giron looks priced about right against John Millman, having beaten him comfortably in Sofia, although Millman has had fitness issues for a fair while now and he may not have been in the best shape for that match.

Giron has certainly been playing the better tennis of the two in the past year or so, but I’m not seeing any value in the American at this price of around 1.584/7.

Top seed Berrettini could be tested by Monteiro in Rio

Our number one and two seeds are in action in Rio on Thursday and I wonder if Matteo Berrettini will make a better start to his season on clay than he usually does?

In nine seasons as a professional, Berrettini has won his opening match of the year on clay just twice – and both were at home in Rome.

Once was at the Rome Challenger in 2015 and the other the 2020 Rome Masters and on all the rest of the occasions he lost – usually in straight sets.

In 2022’s clay opener he faces crowd favourite Thiago Monteiro, who fought back admirably from a set behind to take down Sebastian Baez on Tuesday.

It’ll be a first career meeting between the pair and there’s a distinct lack of data around as far as Berrettini versus left-handers on clay is concerned.

He’s only ever played two main level clay matches against lefties and both were at altitude, where his big game is aided by the conditions.

Berrettini won them both (against Delbonis and Lopez) but in slower conditions he’s never faced a leftie at main level and Monteiro should be pumped up for this match, for which he’ll get a lot of support.

Even on hard courts, Berrettini has only played seven main level best-of-three set matches against lefties and of those seven he’s only covered a -3.5 game handicap on three occasions and two of those were only narrowly.

One was a 7-5 final set win over Albert Ramos, another a 6-4, 7-5 win over Alejandro Tabilo and only one was comfortable: a 6-3, 6-4 success over 164th-ranked Prajnesh Gunneswaran on a fast court in Chengdu.

Monteiro will test out that backhand of Berrettini’s in these conditions and I like the idea of siding with the Brazilian in some way here: either set one winner, the over total games or the handicap.

Second seed, Casper Ruud, also faces an attacking opponent in the form of Francisco Cerundolo, but unless Ruud has a problem acclimatising to the different conditions from Buenos Aires or has a physical issue it’s hard to see Cerundolo winning this.

At home (generally in Buenos Aires) Cerundolo seems to be a different player, but away from Argentina he’s 1-7 at main level, with a round one win here this week over Benoit Paire the only success so far.

Ruud will surely expose the weaknesses in Cerundolo’s game and it would be quite the surprise if the Norwegian were to lose this one. 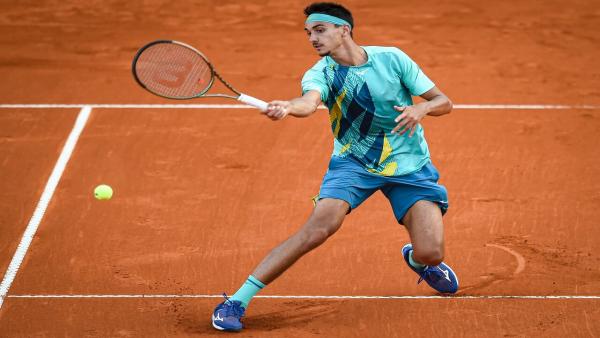 Both Lorenzo Sonego and Miomir Kecmanovic have shown good form this Golden Swing so far and they’ve had some tight battles in the past, but the bigger serve of Sonego sees the Italian lead the way as far as clay stats are concerned.

In the past year on the red dirt at main level, Sonego has held serve 11% more often than Kecmanovic while breaking serve at exactly the same rate as the Serbian (26% of the time).

Sonego’s bigger serve has enabled him to save break points against him 10% more often than Kecmanovic, while creating 8% more break opportunities of his own on his opponents’ serve.

Kecmanovic won their meeting earlier on this season at the Australian Open on hard courts when priced up as a 2.39 chance and he’s bigger now on clay at around 2.767/4 which is perhaps a little generous.

Sonego was probably flattered by the score of his win over a woeful Laslo Djere in round one and I can’t see any value in the Italian in this match.