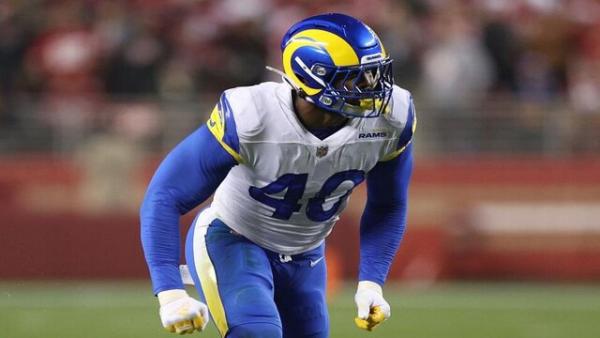 The Rams and the Bengals both produced sensational comebacks to reach the Super Bowl which will be played on 13 February. Max Liu has the early odds…

The Rams are 1/2 with the Bengals 8/5 to win the Super Bowl on 13 February. Get tips for the NFL’s big night in the build-up from Mike Carlson…

The Los Angeles Rams are the favourites to win the Super Bowl, which will be played at their home stadium, after they and the Cincinnati Bengals both produced extraordinary comebacks to reach the NFL title decider.

But whoever lifts the Vince Lombardi trophy on 13 February in Inglewood, California it is possible that this will go down as arguably the greatest post-season of all time.

Cincinnati came from 21-3 down to win the AFC Championship game 27-24 at the Kansas City Chiefs.

The Chiefs were favourites to win the Super Bowl until their defeat. Until this season, the Bengals hadn’t won a post-season game in 31 years. Now they have won three in three weeks.

The Rams were trailing 17-7 against San Francisco but eventually prevailed 20-17 to lift the NFC Championship.

Our tipster Mike Carlson’s bet on George Kittle to score a touchdown for the Niners came in and so did his wager on the Niners with a +3.5 points handicap.

The two comebacks in the Championship games followed four divisional round games that were all settled by late field goals. That round was hailed by several commentators as the greatest ever.

The Super Bowl is now set up to be an intriguing contest between two teams that very few people would have expected to make it to the NFL’s centrepiece showdown.

The Bengals have been to two Super Bowls and were defeated on both occasions.

The Rams sole victory came in 1999 when they were located in St Louis.

We’ll have extensive coverage of the build-up to the Super Bowl with an in-depth preview from Mike Carlson as well as his best bets for the match.