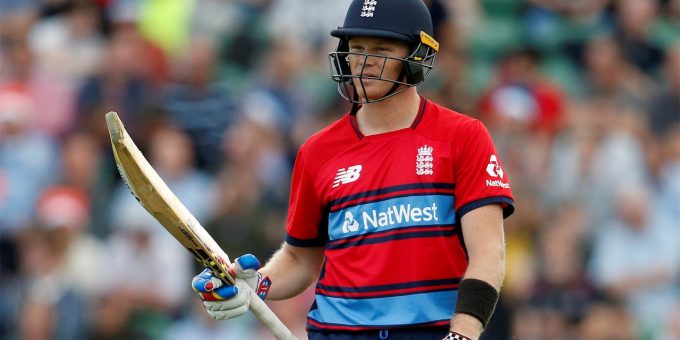 Royals out of sorts

Rajasthan had their hand up early as the best-looking team in IPL but had their wings clipped rather surprisingly by Gujarat Titans. They were well-beaten by 37 runs.

It was their strongest suit, the bowling, which cost them. They conceded 192 against a batting unit which is hardly the stuff of nightmares.

Another worry is that they’re beginning to make bonkers decisions with their batting order. Ravi Ashwin at No 3, delaying the likes of Sanju Samson to the crease? Pointless for everyone but top-bat pickers.

Kolkata’s early promise has flipped to full-blown crisis. They have lost their last two in alarming fashion, first to Delhi Capitals and then to Sunrisers Hyderabad.

Against Delhi their age-old issue in the field returned to the haunt them as they leaked a massive 215. They then failed to defend a healthy 175 against one of the more ponderous line-ups in Sunrisers.

Pat Cummins, although dangerous with the bat, now has figures of three for 140 in 11.5 overs. He should be dropped off the back of those numbers.

KKR have at least moved on from the disastrous Ajinkya Rahane in the opening slot. Aaron Finch brings more intent. Sam Billings deserves a go instead of Sheldon Jackson. Mohammad Nabi or Tim Southee are potential replacements for Cummins

It looks like a road and we should not be worried about paying mid 170s for the first-innings runs par line, particularly as we have two teams who have recently lost control with the ball. Bet the runs line odds here

They are probably the right favourites. Rajasthan have had a wobble but they trust their men and their method more it would appear than Kolkata, who are still trying to find the right combinations.

Indeed, the historic trend for KKR going round the park is one which is hard to ignore and at the odds we’d suggest Royals are a more worthy wager. Bet the match odds here

Look, we have to point out the price of Ashwin at 33/1 to top score for Royals. He batted at No 3 last time and although he may not get another chance, it is fair to say it’s a rick. By association, Ashwin is no 100/1 chance for top match bat.

Jos Buttler has been boosted to 13/5 for top Royals bat. That is value on win rate. Samson is rated at 4/1.

For KKR, Andre Russell and Cummins at 11/2 and 22/1 have strong appeal. We also note the price of Billings at 17/2. It’s not impossible that he comes in and takes over from Sunil Narine at No 3. Narine is 35/1 for top KKR bat. Like Ashwin he could retain his spot. Bet the Sportsbook odds here