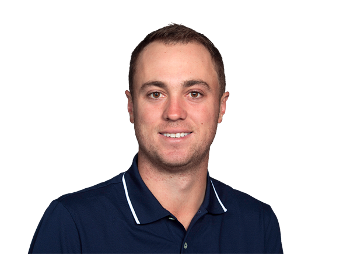 The 2022 WGC-Dell Technologies Match Play is the first World Golf Championships event of the season and the only match play tournament on the PGA Tour. The round-robin tourney with feature 64 golfers from Wednesday to Friday with the top 16 advancing to the knockout stage over the weekend.

The Austin Country Club will host the WGC-Dell Technologies Match Play for the sixth time and serve as one of the last tune-up courses before the Masters in April.

With plenty of bets available, which players are the favorites? Who offers good odds? And what props are worthwhile?

Collin Morikawa didn’t play well here last year, going 0-2-1, but I’m operating under the assumption he will be eager to get over the weather debacle at THE PLAYERS. His group isn’t easy with the presence of Jason Kokrak and Sergio Garcia, but Morikawa is the player I feel the best about among the guys 20-1 or shorter.

If you’re going chalk, Justin Thomas is safe. He’s been playing okay, but he’s also been telling us how close he is to busting out. His game is peaking right before the Masters which is what every golfer prays for.

Cantlay has always done well at this event — especially in 2019 and 2018. He sports a solid record in match play events (7-3-1), and thrives on Pete Dye courses. He has gained almost two strokes total per round over his last 50 rounds and his putting has been outstanding — which is needed to win match play formats. Cantlay’s slow pace of play will be annoying to most but is good strategy to win here.

Bradley is the longest price of the group because of the presence of Jordan Spieth, but he played great at THE PLAYERS, nearly beating Cam Smith. Despite the MC at Valspar, I’d say he’s in better form than both Adam Scott and Justin Rose based on the previous two events. If he can get something against Spieth in the first match, we could be in business for the group.

I see a lot of questions here and no standout player. Maverick McNealy drew in with the WD of Sam Burns, which in theory gives others a better chance and while Niemann won Genesis, Na has a pair of Top 10 finishes in this event in the last four years and his deliberate play could test the patience of his opponents.

Lowry easily could have won the Honda Classic and since that close call, backed it up with a T-12 and T-13 at THE PLAYERS and Valspar. It’s been roughly ten years since he’s had much match play success in this event, but his game is going so well right now, he commands respect at the window. I mean, who knows what you’re going to get from Brooks Koepka, who has been MC or Top 20 this year on tour, while Varner is a Match Play rookie.

Shane Lowry is a good mid tier bet at +4000. Lowry loved the team aspect and match play aspect of the Ryder Cup last year and this is the first shot he’s had at doing it again . Expect if he gets out of his group to make it to Sunday at the very least.

Collins’ picks: This weekend is the perfect chance for the South African to shine for his Presidents Cup captain Trevor Immelman. He might be one who price is a bit of an undersell to his skill. That’s because he’s still a relative unknown to most fringe fans, but don’t get it twisted… if he’s in the final pair on Sunday, most golf insiders won’t be surprised.

One thing you hardly ever see me do is pick Sergio Garcia to win. But the great thing about this event, is I can pick Garcia to win his group, win his matchups, go far and still not win it all. When capping this event, sometimes you can drive yourself mad trying to figure out if course history matters more than recent form or match play history or opponent and on and on. However, we do know Garcia is very good at match play, whether it’s the Ryder Cup or this event in his adopted hometown. Garcia is 12-7-1 in Austin, losing in the final 8 each of his last two appearances and losing in the round of 16 the year before. He’s gone at least .500 in group play in all five years the event has been in Austin and lost in the semis when it was at Dove Mountain in 2010 under a different format. The other three members of his group (Morikawa, MacIntyre, Kokrak) have two combined wins in this event. The leader and favorite of the group is World No. 2 Collin Morikawa, who went 0-1-2 in his debut last year. This is not the event where you jump on favorites, which is why a play on Garcia at 35-1 has some value. And if you don’t trust him to win it all (which I never do with Garcia), then +750 isn’t a bad price to advance to the semis.

Garcia loves match play events, will be playing in his own backyard, and will have a number of friends and family cheering him on. His biggest obstacle will be Morikawa to advance from Group 2.

There’s very few sure things in this event, which is why a 32 seed can beat a 30 seed in the finals and it’s “normal”. One thing we do know is Kevin Kisner is very good on this course and good in this event and its h2h style. He’s 16-6-1 in his five trips here, but even that has only accounted for two trips to the knockout stage, showing how random this event can be. Once there, he thrives, winning it in 2019 and finishing runner up in 2018. His 11-2-1 record over those two years is right up there with the best runs in tournament history. In the 3 years he didn’t advance, he still went 2-1 twice, in it until the very end of group stage. His close friend Justin Thomas is in his group, but Thomas has only advanced out of group stage once in five appearances with an 8-10-1 record. Aussie Marc Leishman is also in this group, but he is only 5-8-3 lifetime here, while Luke List has one win in five matches.

Kisner has been one of the most consistent golfers this season. He is great in match play formats — having lost only 3 of his last 17 at this event. He has made it to the finals twice and has one win. He had a T-4 at THE PLAYERS two weeks ago, and has one of the best flat sticks in the tournament. Kisner also ranks in the top 10 in DA, which is an important metric on this track. He will need to get past Justin Thomas, which is no small task, hence the odds.

Herbert has a terrific short game and will out putt Finau and Xander Schauffele for the win. He is the best match play golfer in this group and should advance to the round of 16.

Brooks Koepka more than likely has his sights on the Masters — which is two weeks away. Shane Lowry has played a lot of golf as of late and probably doesn’t have the energy to play five rounds in seven days, so Varner gets a nice draw in this group. If he finds that “birdie machine” zone, he could go on a run in match play.

Marks’ picks: Homa’s game is on point. He finished in the top 20 in five of his last six tournaments. Austin CC is not a long course, but is a ball strikers track and Homa is striking the ball better than anyone, outside of Hovland. I expect him to advance from group 8 over Dustin Johnson and make a run.

There might not be anything more fun and frustrating then having Paul Casey on your card in a big, international event. The guy always contends , but never finishes it out. Well, here we go again at an event that he has thrived at over time, but not won. Is this the year for the breakthrough? It’s gotta happen at some point right? Let’s look at the resume:

Majors: 12 top-10s, including at least two at all four majors

The Players: 3 top 10s, including each of the last two years (3rd two weeks ago)

That’s 33 top 10s without a win during the biggest international PGA Tour events. He did win the 2006 HSBC World Match Play Championship, but that was not an official PGA Tour event. It’s time! Group favorite Louis Oosthuizen, who Casey would play Friday, has played well here in the past, but went 0-3 last year in Austin and has yet to find his form this year. Corey Conners went 0-3 in his debut last year on a course not built for him. The real threat in my opinion is from 50th seed Alex Noren, who advanced to semis in 2018 and quarterfinals in 2017. But I’m riding with Casey, fresh off his 3rd place finish at Sawgrass two weeks ago to finally get a big W here.

Austin CC is a good fit for Gooch — especially if the winds pick up, and that could be a huge advantage, considering he is one of the best ball strikers on tour at the moment. There are five par 4s that are less than 400 yards on this track, so I was considering taking Bryson DeChambeau, but I still have concerns with his injured wrist.

Harman won his group the last two years he played in the WGC-Dell Match Play event, so he has the experience and knows what it takes to win and advance. Ancer will be his biggest obstacle in group 15. Three of the 16 group winners last year were the 3rd seed.

He may be seeded 57th but as noted above, it doesn’t pay to take favorites at this event. Watson has won here before (2018), advanced to the round of 16 last year and in 2017 and has advanced out of group play 3 of the 5 times it has been played in Austin. The course seems to favor lefties (right to left ball flight), an advantage only few in this field other than Bubba will have. He’s 11-5-5 in Austin in matchup play and has 22 official match play wins overall, tied for 3rd behind Ian Poulter and Sergio Garcia. Ironically, the toughest test might be fellow southpaw Brian Harman in a Friday matchup that could very easily decide the group. The two met in the Round of 16 in 2018 and 2021, with each winning once and Watson going on to win it all after his Rd of 16 win. While I am taking Watson to win this at +250, if Harman wins their matchup and the group, I’d jump on him to go far. As for the other two in the group, Webb Simpson has struggled all year to find his game, while Abraham Ancer has failed to get out of group play in his two trips to Austin.

This is more a play on current form and value than anything else. 4th-seeded Patrick Cantlay could very well win this event. However, after a great start to the calendar year, where he went 4-9-T4-2, he was T-33 at The Genesis and missed the cut at THE PLAYERS two weeks ago. He’s never gotten out of group play in three appearances here. Sungjae Im went 1-2 last year and has not had the patented Florida swing he is used to having, going MC-T-20-T55 in the three Florida events.

And Seamus Power, who has never played here, missed the cut in 3 straight events before finishing T-33 at Sawgrass. That leaves upstart Keith Mitchell, who has finished in the top 13 in six of his last eight events. At 80-1, if he can get out of group play, we will let the chips fall where they fall.