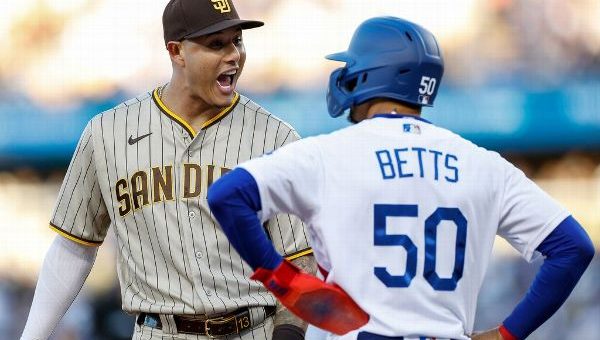 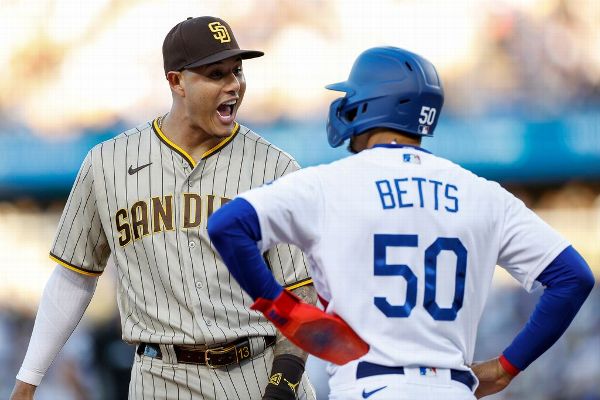 LOS ANGELES — Manny Machado expressed utter shock when reporters approached him in the wake of the San Diego Padres‘ weekend sweep at the hands of the Los Angeles Dodgers.

To him — and, he believes, to the rest of his clubhouse — it was just one game and one series in the midst of many, in no way indicative of any gap that exists between the two division rivals.

“Keep playing baseball,” Machado, speaking after the Padres’ 4-0 loss from Dodger Stadium on Sunday, said when asked what he took away from that series. “It’s plain and simple. Nothing else to it.”

This series, though, was ripe for hyper-examination, flawed as the approach might be for a sport that can confound in smaller sample sizes. Earlier in the week, the Padres had traded for 23-year-old superstar Juan Soto — as well as Josh Bell, Brandon Drury and Josh Hader — in a bold attempt to vault themselves into World Series contention and finally take down the Dodgers.

They arrived in L.A. with slim chances of gaining notable ground in the National League West but with sights set on measuring their new team against arguably the best in the sport.

But the Padres fell behind by eight runs early on Friday, quickly blew a small lead midway through Saturday’s game and hardly stood a chance against Tyler Anderson on Sunday. The Padres are now 2-8 against the Dodgers this season and have fallen 15 1/2 games behind them in the division.

Given that, Machado was asked if he was concerned about how the Padres match up with the Dodgers — a team they seem destined to face in the postseason.

“Concerned?” he shot back. “Why would I be concerned? Not at all.”

What gives you that confidence?

The Padres don’t just have Machado, of course. They also have Soto. And Bell. And Drury. And Jake Cronenworth. Over these last three games, those five went a combined 6-for-49. The Padres believe that group will be much better, of course, as they should. And they are also eyeing the prospect of adding Fernando Tatis Jr., one of the most electrifying players in the sport, in a week or two.

Those names, coupled with a star-studded pitching staff, make the Padres believe they’re as good as anyone, even the Dodgers. And that one three-game series shouldn’t mean much beyond that. It was a sentiment echoed by many in the Dodger Stadium visiting clubhouse on Sunday night, namely Soto, Cronenworth, Myers and Padres manager Bob Melvin.

Machado, defensive yet definitive, probably spoke to it best.

“We know what we have and that’s it,” he said, later adding: “We have no pressure in here. We’re going out there and playing baseball every single day. Whatever that day brings us, we’re gonna go out there and give it all we have.”