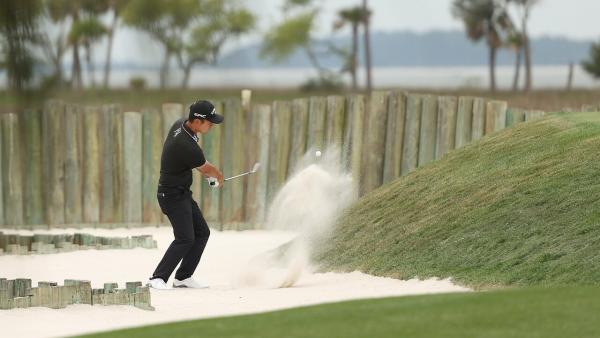 Fresh from August the tour moves to Harbour Town for the RBC Heritage and Steve Rawlings, Dave Tindall and the rest of our experts have the best bets…

Steve says: “Although Cink won from the front last year, this isn’t an easy track to make the running. The third round leader in 2019, Dustin Johnson, having traded as short as 1.56 during round three, eventually finished tied for 28th and as you can see by the data above, this is a venue where many a winner comes from way off the pace…

“There’s just a couple of ticks separating Justin Thomas, Collin Morikawa and Cameron Smith at the head of the market and they’re the only three trading at less than 20/1, demonstrating just how strong this week’s field is.

“All three have a single top-ten finish at Hilton Head but all three contended last week, finishing eighth, fifth and third so I’m happy to swerve them and after a disappointing week at Augusta after a bright start, Patrick Cantlay, with course form figures reading 3-7-3-MC may prove to be a better bet at around 22.0 but I’m happy to scan a bit further down the list for my two picks…

“Kevin Kisner is very well suited to this track; he’s playing very nicely at present and his 44th at Augusta was a fine effort given the course is just far too long for him.
Having recently finished fourth at the Players Championship and second in the WGC Matchplay he was impossible to ignore at 55.054/1.”

Dave says: “Poulter has made the top 15 in four of the last five editions of this event and twice shot rounds of 7-under 64 in that run. One of those came on day one in 2020, a lap that gave him the first-round lead.

“The Englishman was also fifth after day one in 2017 after a 66 and has started with a score in the 60s in seven of his last nine visits.

“As for evidence of recent good starts, he was fifth after 18 holes at Bay Hill last month and fourth on Thursday’s closing leaderboard at January’s Abu Dhabi Championship. The 66/1 is a decent FRL price for Poulter to shine early again.

“I’d have slightly preferred an early tee-time but at least he’s in the very first group of the second wave, heading out at 11:50am.”

Steve says: “Chile’s Mito Pereira became only the 12th player in 32 years to earn an automatic three-win promotion from the Korn Ferry Tour to the PGA Tour when he won the BMW Charity Pro-Am in South Carolina last June.

“Pereira made an almost immediate impact putting up form figures reading MC-34-5-6-3-39-MC-3 which included a tied third in the Olympics before his form tailed off somewhat.

“His tied 15th at the Genesis Invitational in February was a very fair performance and he returns to South Carolina on the back of a 27th in the Valspar and 13th at the Texas Open so he’s starting to find his form.

“One of Mito’s biggest strengths is his short game around the green and that will stand him in great stead here given Scrambling is always a key stat. And it’s also worth noting that the last man to gain what’s often referred to as “Battleground Promotion”, Wesley Bryan, won this event on debut in 2017, 12 months after he’d made the step-up. Could Mito emulate him?“

Dave says: “Na certainly performed well to post tied 14th in the Masters and there were two other things I liked about his performance. First, he ranked 1st for both Greens In Regulation and Driving Accuracy and, second, Na ended on a positive note after carding a final-round 69. That was his third sub-par lap of the week. 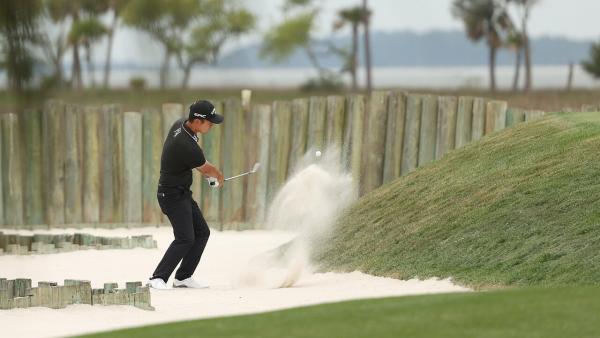 “Did any of those come after he’d had a good Masters? The evidence is limited but in 2012 he followed tied 12th at Augusta with tied eighth at Hilton Head.

Andy Swales explains why Harbour Town is one of the most interesting venues on the PGA Tour, discusses the players’ form and picks six to watch…

Andy says: “Located at Sea Pines Resort, on the south-west edge of Hilton Head Island, Harbour Town is one of the shortest layouts on the PGA Tour calendar.

“However, thanks to its tight fairways and small greens, it is certainly no pushover – even for today’s master blasters who regularly drive the ball in excess of 320 yards.

“At Harbour Town there is very little room for error. The putting surfaces are slick and much smaller than the Tour average, and it’s never a simple case of finding fairways and attacking pins…

“Corey Conners is a career-high No 31 in the world thanks to a string of solid performances since early March. He tied-fourth at Harbour Town 12 months ago.”