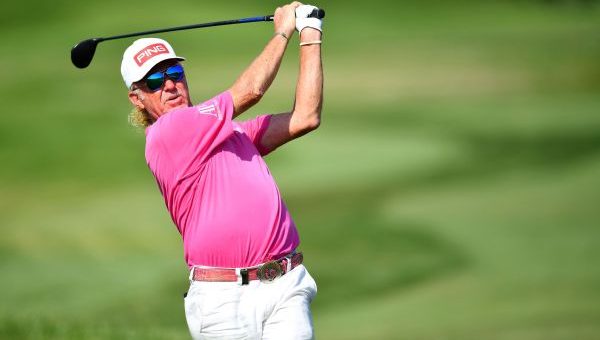 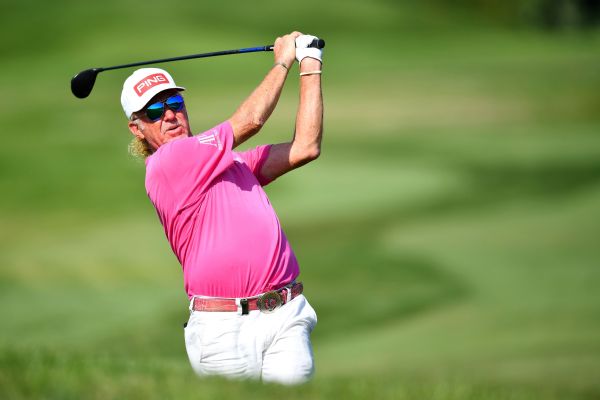 SNOQUALMIE, Wash. — Miguel Angel Jimenez shot an 8-under 64 on Saturday for a share of the Boeing Classic lead with Billy Andrade.

Jimenez had a bogey-free round to match Andrade at 10-under 134 at The Club at Snoqualmie Ridge.

“Moving day like people say, no?” Jimenez said. “We are moving — 8-under par today. It’s a bogey-free round, very solid, consistent.”

The 58-year-old Spanish star has 12 senior victories, winning two of the first three events this season. He won 21 times on the European tour.

Andrade, also 58, birdied the par-5 18th for a 66. He has three victories on the 50-and-over tour after winning four times on the PGA Tour.

“Putter today.” Andrade said. “Putter has been pretty absent pretty much the whole year, so when you start making a few, all of a sudden it gets contagious a little bit. These greens are really hard.”

Jerry Kelly, the Shaw Charity Classic winner last week in Alberta, was tied for 11th at 5 under after a 69. Alker and Kelly are the only three-time winners this year.

Local favorite Fred Couples (71) and Steve Stricker (72) were 4 under.