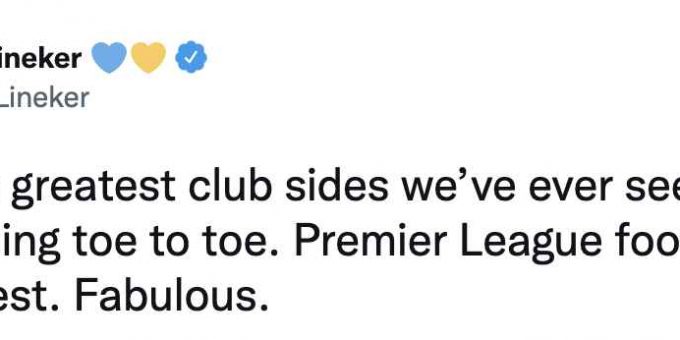 Jamie Carragher claimed that Liverpool FC should be satisfied with a point after they twice came from behind to claim a 2-2 draw at Manchester City in Sunday’s Premier League title showdown.

The two title-chasings sides played out a thrilling encounter at The Etihad as they shared the spoils to leave Manchester City a point ahead of Liverpool FC with seven games left to play.

City took the lead in the fifth minute when Kevin De Bruyne fired home, but Liverpool FC were level in the 13th minute when Diogo Jota fired in from close range.

However, the home side went in ahead at half-time after Gabriel Jesus netted in the 36th minute to cap a sparkling display from Pep Guardiola’s men.

Liverpool FC equalised soon after the re-start though, with Sadio Mane slotting home in the 46th minute in what turned out to be the final goal of the game.

The result left Liverpool FC a single point behind the Citizens with seven games left to play.

And former Liverpool FC star Carragher felt that the Reds should be pleased with a point given how the game played out.

Asked if Jurgen Klopp would be satisfied with a point after the final whistle, Carragher said on Sky Sports: “Yeah, I think he will.

“Before the game obviously they wanted three points but the second half showing and getting back into the game from 2-1 down… he’ll be delighted with a point, because Liverpool we’re not at the races in the first half.

“But I thought City were absolutely outstanding and it would’ve been difficult for any team to cope with them in that first half.”

Meanwhile, England legend Gary Lineker was clearly enjoying the title clash, praising both sides for their input in the second half.

Posting on Twitter, Lineker said: “Two of the greatest club sides we’ve ever seen in this country going toe to toe. Premier League football at its gripping best. Fabulous.”

Liverpool FC and Manchester City will face off again on Saturday afternoon – this time in the FA Cup semi-finals at Wembley.