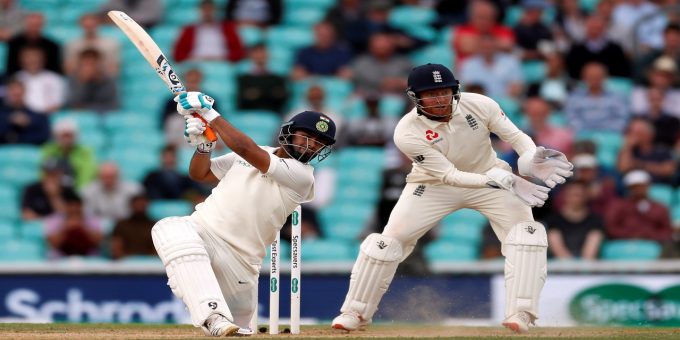 Ed Hawkins finds wagers at 7/1, 7/2 and 7/2 for the contest from Bangalore which starts on Saturday

It was an inevitable victory for India in game one and all that we really learned was how important Ravi Jadeja is. He went to the top of the world rankings with a brilliant display.

Jadeja came to the crease in the first-innings with Sri Lanka, unbelievably, bang in the game at 228 for five. His 175 took the game away from them as India amassed 574 for eight declared.

He then took nine wickets in the match. It is not an exaggeration to say he beat them on his own. Such a performance puts into context India’s recent struggles. Would they have lost in South Africa with Jadeja? Probably not.

It never rains but it pours. Sri Lanka are without two players due to injury as they desperately search for a way to win in India. Something they have never achieved.

Pathnum Nissanka, who with 61 not out in their first-innings was the one player to stand up, is out with a back injury. Dinesh Chandimal comes in. There will also be no place for Dushmantha Chameera, the pace bowler.

Chameera had been saved especially for this Test as Sri Lanka borrowed selection policy from England. Lahiru Kumara is also out so Chamika Karunaratne seems a certain starter. They also may pick leggie Jeffrey Vandersay. It’s a risk but they couldn’t do any worse.

This match is under lights. It is only the third day-nighter played in India. Previously England were destroyed by spin in Ahmedabad so any hope that Sri Lanka might be spared a trial by tweak looks forlorn.

The wicket in Bangalore has been helpful for bowlers. Unlike in T20 when we expect a run glut, cau-tion is advised. In the last ten years there were only two scores of 350 or more in all 12 innings.

There has been turn. Nathan Lyon claimed eight wickets in an innings while Jadeja and Ravi Ashwin claimed six a piece in either innings in the same game. Ashwin also has a Man of the match award at the venue against the Kiwis.

Sri Lanka managed 174 and 178 in Mohali. Shorting their runs in the 220s or 230s would not be considered a mug bet. Bet the market here

We’re essentially left with an old-fashioned gamble in the hope that Sri Lanka can do something to stem the tide. So on that basis the match odds market is certainly far from the best play option.

There is the possibility of a plunge on the draw if Sri Lanka were able to bat time but it’s difficult to see them getting much of a foothold for trade at their starting price. Bet the market here

There are a couple of wagers to take advantage of from Sportsbook. Alas they’re with Sri Lankans so buckle up.

But Lahiru Thirimanne and Dhananjaya de Silva are both underrated for a first-innings fifty. Thirimanne has four in his last 14 so the 7/2 is generous. Dhananjaya was winning at a rate of 46% on this market before Mohali so the 7/2, up from 10/3, is good.

Ashwin and Jadeja are 5/1 and 6/1 for man of the match respectively. With two in 15 Virat Kohli looks like a lay for top first-innings India bat. Jadeja has a win rate of 3 in 21 and is 16/1. Rishabh Pant is a big on batting order at No 7. He has three wins in 19 so is underrated slightly. Bet the Sportsbook markets here