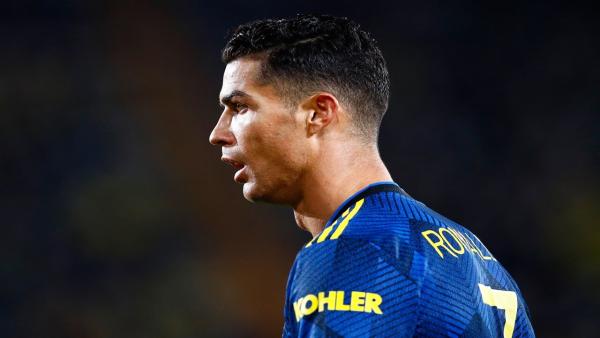 I wouldn’t want to bet on how long Antonio Conte will be at Spurs. After the comments he made following Spurs’ defeat to Burnley – about whether he is the best manager for the club – I don’t know if Conte will be in charge for the next match, let alone next season.

I sympathise with him and understand where he’s coming from, because I have repeatedly talked about the need for Spurs to be consistent. Losing to Burnley, four days after beating Manchester City, is a perfect example of the problem.

Supporting Spurs can drive you f***ing mad and, as a passionate Italian, who is not used to hiding his emotions, Conte won’t pretend he’s happy. He is used to winning and he is one of the most ambitious managers in the game.

All of that said, he needs to speak to Daniel Levy and see if they can solve the problem, instead of just going public.

I’m not surprised by Conte’s reaction to Spurs’ difficulties and neither should Levy be. Conte was prepared to walk away from Chelsea and Inter when they wouldn’t give him what he wanted. He will have made clear to Spurs, before he took the job, where he believes they need to strengthen. If they missed out on transfer targets in January, that could have made the manager unhappy.

I hope he stays at Spurs. I like watching him on the touchline and I see his comments last night as a sign of his ambition for Spurs. He isn’t happy simply taking his salary. He wants to kick on and win trophies.

But even with their games in hand, it’s going to be very tough for Spurs to finish in the top four this season.

United got lucky but are in strong position

Manchester United were lucky to get a 1-1 draw against Atletico Madrid. But when you play away from home in the Champions League knockout rounds, you have to be clever enough and tough enough to scrape a result. In the end, that is exactly what the Red Devils did.

Under Diego Simeone, Atletico are a very difficult team to play against, especially at the Wanda Metropolitano stadium where the home fans are always pumped up.

It’s great that United scored an away goal and they are in a decent position to qualify ahead of the second leg.

The first-half performance was still concerning though. Under Rangnick, United often struggle to play well in two halves. Some people point to Cristiano Ronaldo as a cause of their problems but I disagree with the criticisms aimed at the Portuguese legend.

Even great players, who have done everything, have bad games, especially when they’re 37. Ronaldo is not a problem, he gives everything for United and, if he is left in the team to play his game, he will deliver, no question.

Elanga and Rangnick have special bond

Anthony Elanga is starting to make a crucial contribution for United, with goals against Atletico and Leeds in the past few days, and he could have a great future at the club. His goal against Atletico was hugely important and beautifully executed.

With United missing Mason Greenwood and Anthony Martial, there could be opportunities to start Elanga. He is growing up quickly, although he still has a lot of maturing to do on the pitch. But I won’t be surprised if he’s soon starting for United.

Rangnick and Elanga have a special bond. You see that a lot in football, coaches taking a shine to a talented young player and bringing them through.

It happened at United a few years ago when Louis van Gaal gave Marcus Rashford his chance. Rashford seized his opportunity and Elanga is doing the same.

He needs to keep working hard though. You never want to betray the trust of a manager who believes in you.