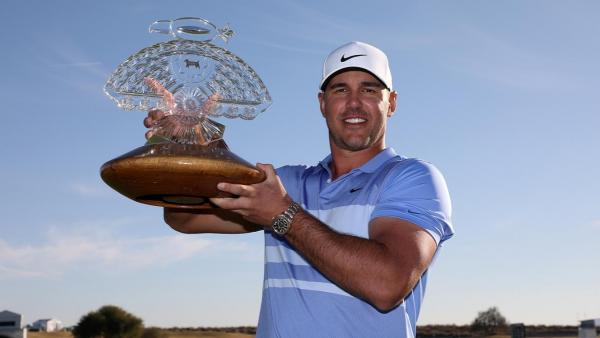 After a couple of weeks on the Californian coast, the PGA Tour heads for the arid Arizonian desert for the Phoenix Open so read Steve’s comprehensive preview ahead of Thursday’s start here…

Originally known as the Arizona Open and first staged 90 years ago, the Waste Management Phoenix Open is one of the oldest events on the PGA Tour.

Renowned for its raucous crowd alongside the infamous par three 16th hole, the Waste Management Phoenix Open, is an enjoyable event and there’s nearly always a tight finish.

Best known for its barmy par three 16th hole, this Stadium Course was built specifically for this event and this year it hosts the event for the 34th time. It’s a links style desert track with an exciting finish. The 15th is a reachable par five with water in play (averaged 4.63 last year) and the 17th is a drivable par four (averaged 3.74 12 months ago) but that too has water in play.

The 17th is the hole that tripped up the 2019 winner, Rickie Fowler, six years ago when he found the drink with his drive, having been matched at just 1.031/33 in-running, but it won him the event three years ago when Branden Grace found the drink, having hit a low of 1.42/5. Martin Laird also found the water in 2015 when leading and having been matched at odds-on but it was where Brooks Koepka sealed the deal 12 months ago when he holed out for an eagle two.

Even though the course was tweaked and lengthened prior to the 2015 edition, look out for low scores. Jordan Spieth hit a ten-under-par 61 in round three to hit the front last year and there have been four rounds of 60 here, the last by Phil Mickelson, nine years ago.

The Bermuda greens are of an average size and they typically run fast at around 12 on the stimpmeter.

The weather is hot and still and the course may play a bit tougher than it did last year as there’s been no rain to soften it.

Live on Sky all four days, starting at 14:00 on Thursday

What Will it Take to Win the Phoenix Open?

Length off the tee has proved slightly more important than accuracy given the average Driving Distance ranking for the last seven winners is 17.9 and the average Driving Accuracy ranking is 21.6 but neither metric is crucial and it’s all about approach play.

Up until 2010 putting was the most important stat but that’s changed completely of late and hitting plenty of greens is the key to success now. The 2014 winner, Kevin Stadler, only ranked 10th for Greens In Regulation but had the runner-up, Graham DeLaet, took the title he’d have been the fourth winner in five years to win the tournament ranking number one for greens hit.

Having ranked fourth for Greens In Regulation when winning the title for the first time in 2015, Brooks Koepka topped the rankings when victorious again last year and the first and second, Koepka and KH Lee, ranked second and first for Strokes Gained Tee to Green so those are you two main stats to ponder.

Average field rank of winner since 2010

Scoring well on the par fours is always key but especially so this week and eight of the last ten winners have ranked inside the top-seven for Par 4 Scoring.

Anyone that enjoys desert golf must be considered and given the recent American Express, won two weeks ago by Hudson Swafford, is also played in the desert and as part of the West Coast Swing, it’s perhaps not surprising to see that a number of players have performed well at both events.

If any of your picks start slowly this week they might not necessarily be down and out. 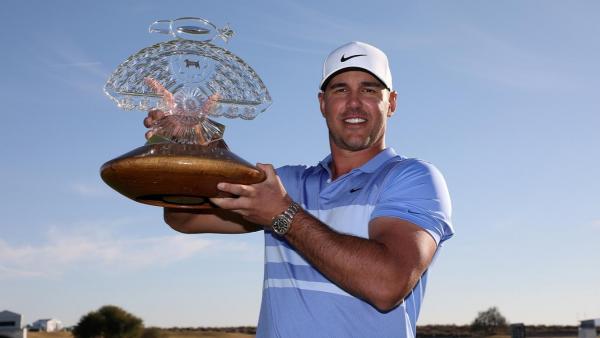 Although Rickie Fowler was in front through 54 holes three years ago, he was a very lucky winner in the end and TPC Scottsdale has been a graveyard for third round leaders in recent years.

Fowler opened up the 2019 renewal with rounds of 64, 65 and 64 to take a four-stroke lead into Sunday but he needed Branden Grace to mess up the 17th hole to eventually get him across the line, having double-bogeyed the fifth, tripled the 11th and bogeyed the 12th.

Stress-free finishes are rare at Scottsdale and Phil Mickelson, when six clear in 2013, is the only other 54 hole leader to go on to win in the last 12 years. Plenty of players have messed up in front here recently and taking on the third-round leaders has been a licence to print money of late so bear that in mind when assessing the situation on Sunday morning.

We’ve seen plenty of high-class winners of late and lots of major champions have taken the title.

Rickie Fowler, once dubbed the best player not to have won a major, is the only Phoenix winner in the last seven years who hasn’t won one.

This is a horses for courses track and already this century we’ve witnessed as many as six players take the title at least twice although the reigning Masters champ, Hideki Matsuyama, who won the title in 2016 and 2017, is the only back-to-back winner since Johnny Miller in the 1970’s.

Miller’s successful defence in 1975 was an emphatic one given he won by 14 strokes but incredibly, he’s not the only US Open winner to win by a double-figure margin. Steve Jones romped to an 11 shot win here in 1997!

Whatever he or anyone else does this week, world number one, Jon Rahm, is sufficiently clear to remain at the top of the Official World Rankings but given his current and course form, the chances are that he’ll cement his place at the summit anyway. 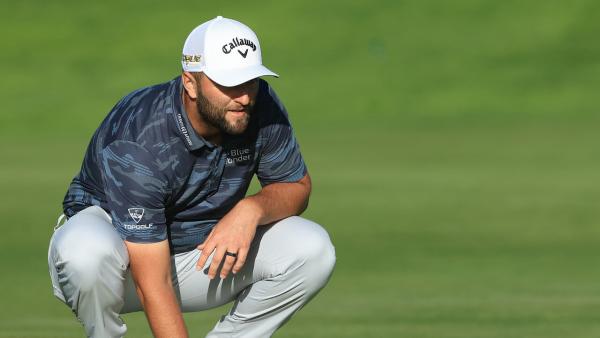 With current form figures reading 2-14-3 and course figures reading 5-16-11-10-9-13, the Spaniard looks primed for another fine effort around a course he knows intimately. It was at TPC Scottsdale that he burst on to the scene in 2015 when finishing fifth and he’s a perfectly fair price to go four places better at around 8/1.

It took Justin Thomas a little while to get to grips with Scottsdale but he really plays the layout well now and having finished third in both 2019 and ’20, last year’s 13th can be forgiven.

Thomas was nicely poised to go two places better with a round to go on Sunday but his grandad died on the Saturday and that clearly affected his play in round four.

Patrick Cantlay has finished inside the top-four in four of his last five starts with a disappointing ninth in the American Express (where he traded at odds-on) the odd one out.

He’s impossible to ignore with form like that but he was poor in-the-mix on Sunday at Pebble after opening birdie-birdie and he’s short enough given this is his first look at the track.

The prolific Norwegian, Viktor Hovland, who’s in search of his fourth victory in just six starts, is appearing here for just the second time, having missed the cut on debut two years ago, and I’m happy to leave him out before the off too.

As impressively as he closed on both occasions, one could easily argue that his last two wins, at the Hero World Challenge and the Dubai Desert Classic, which were both from off the pace, were slightly fortuitous so Hovland might be one to look out for on Sunday if he’s lurking again. He’s had an uncanny knack of closing nicely as others falter lately and this place is ideal for that sort of scenario.

Jordan Spieth has mixed course form figures reading 7-9-MC-MC-4 and he’s looking to make up for Sunday’s defeat at Pebble where he was matched at a low of 1.331/3 with the tournament in his grasp.

He messed up late on last week, playing the final four holes in one-over-par having led by two and he’s one of many to lose the lead here on a Sunday too – failing to back up Saturday’s 61 last year to slip form tied first to fourth. He’s a shorter price than he was last week in a much weaker field at an event he’s won previously so he too is reluctantly left out.

The majority of recent winners have been well fancied, so it would be no surprise to see a market leaders go in and the one I really like is my sole selection, Hideki Matsuyama, who looks a very fair price at 20.019/1.

The two-time tournament winner returns to Scottsdale in search of his third win in five starts and I don’t really know why he’s so big.

Matsuyama was only 30th at the Farmers Insurance Open last time out but with Torrey Pines form figures reading 16-MC-MC-33-12-3-45-53-26 beforehand, a relatively poor week was hardly a surprise.

In his three starts prior to that, Matsuyama bookended a respectable 13th in his first start in more than two months at the Sentry Tournament of Champions with victories at the ZOZO Championship in his homeland, and at the Sony Open in Hawaii.