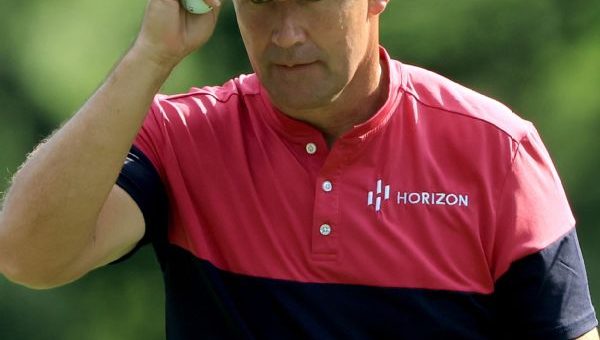 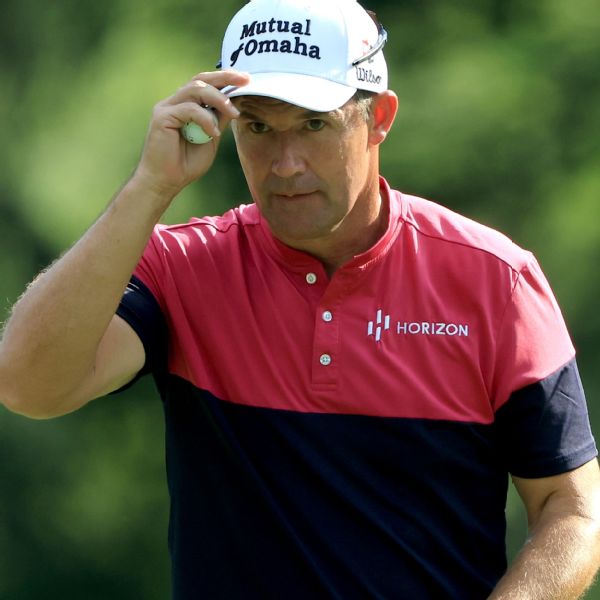 BETHLEHEM, Pa. — Padraig Harrington holed a 30-foot birdie putt on the 15th right when the last of his five-shot lead was about to vanish, and he closed with three tough pars for a 1-over 72 to hold off Steve Stricker and win the U.S. Senior Open on Sunday.

Harrington never lost the lead at Saucon Valley on a day when he made it hard on himself.

Stricker, who started the final round eight shots behind, began making his run with consecutive birdies to finish the front nine, and he closed with two straight birdies for a 65.

That left him one shot behind, and the Irishman needed only pars to win for the first time on the PGA Tour Champions. It wasn’t easy.

Harrington had to two-putt from above the ridge on the 16th, and he trickled it down to a foot. He was well below the ridge from about 50 feet away on the par-3 17th and, after running that by 6 feet, calmly rolled in the par putt.

On the closing hole, he was pin-high but some 35 feet away with a spine running through the line of his putt. He cozied that to 3 feet and rapped it in for the win.

He is the third straight player to win the U.S. Senior Open in his debut, following Jim Furyk last year and Stricker in 2019.

Mark Hensby had a 69 to finish alone in third. Stricker, however, was the only one who had a chance to catch Harrington.

“It’s tough to lead from the front,” Harrington said. “It’s even tougher when it’s Steve Stricker behind you. He tends to have one on me. I’m happy enough to get it done in the end.”

Stricker had good birdie chances on the 15th and 16th holes, but he stuffed his shot on the 17th to a foot, and then took on a back-right pin at the closing hole to 5 feet away.

Harrington, who led by as many as six shots at one point, began the back nine with consecutive bogeys, and then he missed a good birdie chance on the par-5 12th.

Before Stricker could make his final birdie, Harrington made his 30-footer to be assured of staying in front, and his lag putting was superb when it needed to be.

Stricker didn’t realize he had a chance until he teed off on the 16th and realized he was two behind.

“I tried to birdie them all coming in,” he said. “I had a couple of putts I wish I could have over.”

Stricker got the best of Harrington without hitting a shot last September at Whistling Straights, when he led a stronger and younger U.S. team to a rout over Harrington’s European squad in the Ryder Cup.

Harrington won three majors on the regular tour, the first one at Carnoustie in 2007 when he rallied to win the British Open in a playoff. Stricker was in final group that day and shot 74.

Harrington and Stricker each have a senior major this year, with Stricker winning the Regions Tradition in Alabama a month after returning to the tour from a six-month break recovering from a virus.