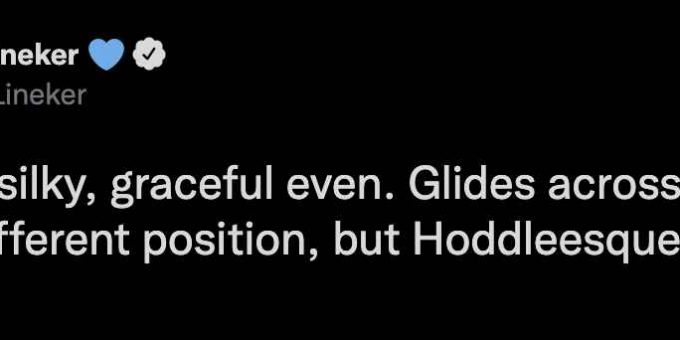 Gary Lineker has compared Kai Havertz to Chelsea FC legend Glenn Hoddle after the American forward scored in their 2-0 win against Lille in the Champions League on Tuesday night.

The United States international started up front alongside Christian Pulisic and Hakim Ziyech for the visit of the French club in the first leg of their round of 16 clash in the English capital.

Pulisic doubled the home side’s lead in the 63rd minute when the United States international produced a clinical finish following N’Golo Kante’s surging run from his own half to Lille’s penalty area.

The Germany international finished with four shots on goal, one successful dribble and 83 per cent pass completion in the Champions League tie.

Lineker wrote on Twitter: “Havertz is silky, graceful even. Glides across the ground. Different position, but Hoddleesque in some ways.”

Chelsea FC signed Havertz in a £73m deal from Bayer Leverkusen in the 2020 summer transfer window.

Havertz has scored 16 times in 76 games in all competitions over the past two seasons at Stamford Bridge.

Lineker went on to describe Pulisic as a “sick” player after the American’s second-half goal put Chelsea FC in charge of the last-16 tie.

Lineker posted: “A sick finish from Pulisic. This is what happens when you watch football with your sons. Whole new vocabulary.”

Chelsea FC will be looking to win their third trophy under Thomas Tuchel on Sunday when the Blues take on Liverpool FC in the Carabao Cup final at Wembley.