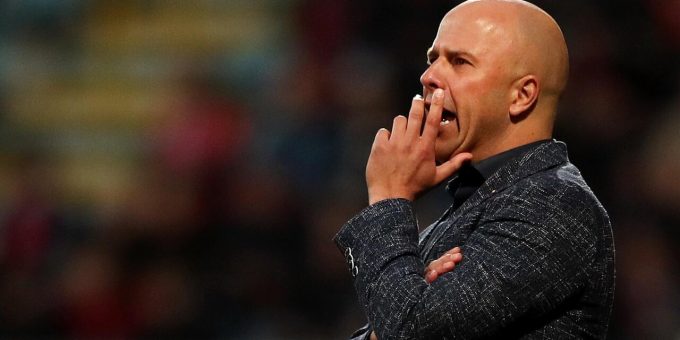 We’re finishing the week in the Netherlands, and Kev thinks he’s found goals in the Eredivisie.

“Feyenoord will have an eye on the Conference League semi final in Marseille, but even with a changed side, they should score and concede goals here.”

We questioned whether Darmstadt could deal with the pressure against Erzgebirge Aue, and in true Bundesliga 2. fashion, they went completely against form and won 6-0. We move on.

We’ll land in the Netherlands to finish the week, because Fortuna Sittard are up against Feyenoord in the Eredivisie, and I think it could be a lively encounter.

Feyenoord are having a superb season under former AZ boss Arne Slot. They have reached the semi-finals of the Europa Conference League, and after a thrilling 3-2 victory over Marseille in the first leg at De Kuip, they have a genuine chance of making the final. In the league, they have been the best of the rest behind title contenders Ajax and PSV.

Fortuna Sittard are battling relegation, and they will see this as a chance to extend the three-point lead they have over the sides in the relegation zone. They’ll hope that Slot will make wholesale changes to his team ahead of that crucial trip to the Stade Velodrome. Fortuna are in good form, having won their last two matches.

Fortuna have lost 5-0 to Ajax, PSV and Feyenoord on the road this season, and at home they lost 4-1 to PSV and 5-0 to Ajax. Even though Feyenoord will be distracted, they aren’t certain of making the top three, so I’ll give them the benefit of the doubt and expect them to contribute to a lively game that has at least four goals.