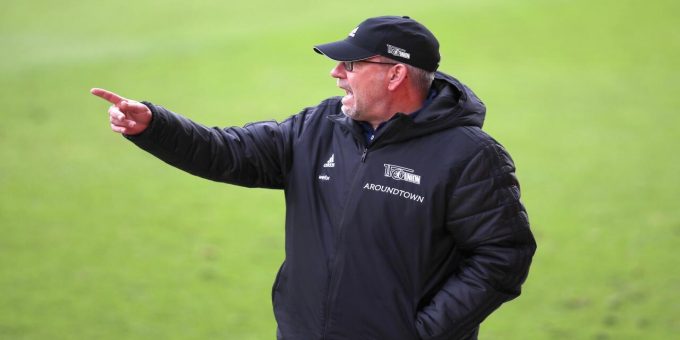 After picking up a winner in the Bundesliga, Kev’s looking for another in Berlin.

“Union have won seven of their last 11 home games in the Bundesliga, and they face a Frankfurt team drained by its extraordinary efforts against Barcelona at Camp Nou.”

You wouldn’t necessarily back a Billy Goat to beat up a Foal, but that’s what happened in the Bundesliga last night, as our tip Köln romped to a 3-1 win at local rivals Borussia Mönchengladbach.

We’ll look to end the week with a Bundesliga double, as we head to the capital. Union Berlin are looking to keep their European push on track with a win over a drained and emotional Eintracht Frankfurt.

Eintracht have just pulled off one of the greatest results in their history by winning 3-2 at Barcelona to knock the Catalan giants out of the Europa League. Star player Filip Kostic scored twice, as the Eagles not only won at Camp Nou, but deserved to win at Camp Nou.

In a curious way, this game may prove to be more difficult. Frankfurt will have celebrated with thousands of their fans who made the trip to Catalunya, and their domestic form is pretty underwhelming anyway. Oliver Glasner’s side has taken just two points from their last three matches, and they have won just two of their last five on the road.

While Frankfurt will be thinking of European glory (they play West Ham in the UEL semi-finals later this month), Union are firmly focused on Bundesliga matters. Their merciless 4-1 thrashing of city rivals Hertha at the Olympiastadion means they are still in the mix for European qualification, and they are chasing a third straight league win.

Union have won seven of their last 11 games at the Stadion An Der Alten Föersterei, and their home record since they came into the league is remarkable for a side with very little collective European experience. They have lost just three of their last 35 home games in the German top flight, as two of those losses were against Borussia Dortmund and Bayern Munich.

At 2.26/5 in the Match Odds market, I’m happy to wager that a motivated and fully recovered Union will thrive in front of a full house against a jaded Eintracht.