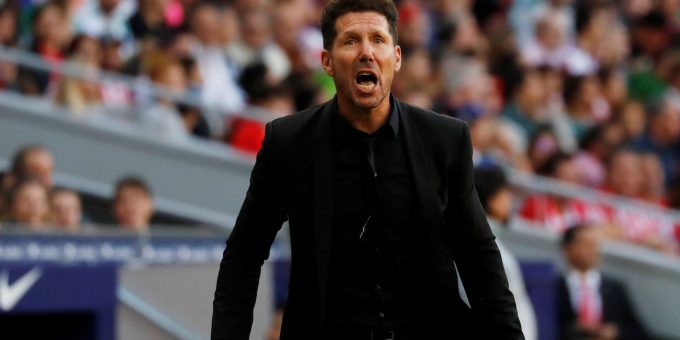 Our Friday props column is all-in on a red-hot Joao Felix of Atletico Madrid who is making a habit of scoring early.

Atletico Madrid are in Friday night action against Cadiz to get an extra bit of time to prepare for their Champions League showdown with Man Utd next week.

Diego Simeone’s side are 15 points behind La Liga leaders Real Madrid so the defence of their title looks over, but they’re still locked in a big battle for a top four spot.

With just a two-point lead over Real Betis, fourth-placed Atleti can’t afford to take their eyes off the ball even against lowly Cadiz, who are sitting in the relegation zone.

Cadiz are unbeaten in four, won their last game and are now just a point from safety so will be fighting for their lives – plus they’ve already been to the capital once this season and drew 0-0 with Real Madrid.

Atleti have scored four goals the last three times they’ve faced Cadiz though and the form they’re in they could well stick a few more away here.

If Atletico are to score, then the red-hot Joao Felix will likely do the damage as he’s really starting to show why the team splashed out around £112m to sign him.

Felix has scored four in four and has been a particularly fast starter as he’s scored the first goal of the game in three of his last four starts, with all of those three goals coming inside the first seven minutes of the match.

The 22-year-old also scored twice in his only home game against Cadiz so is the only man you have to back in this game to open the scoring.