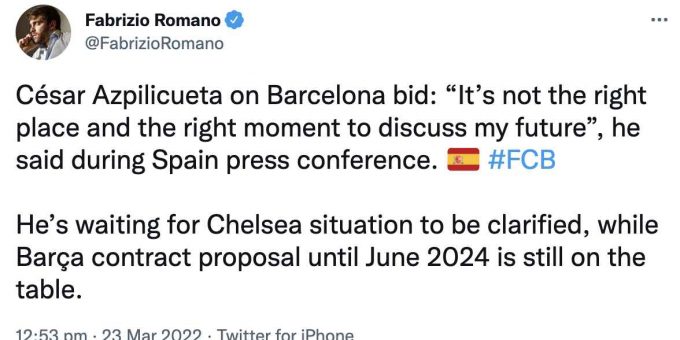 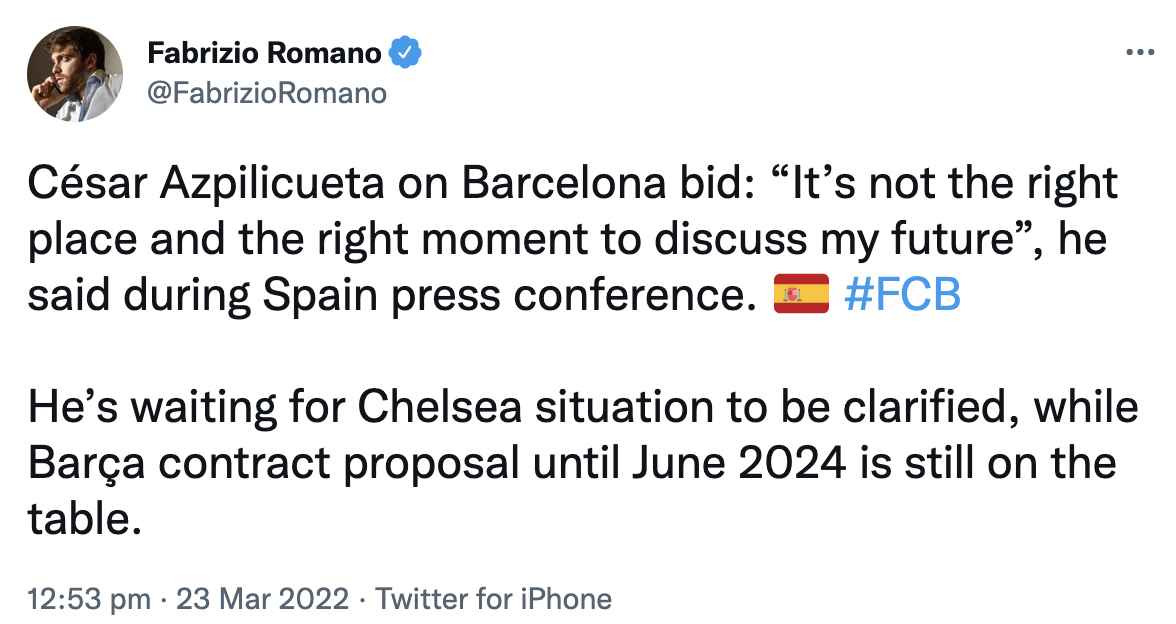 Cesar Azpilicueta is still waiting for clarification about Chelsea FC’s situation as the speculation about his future rumbles on, according to journalist Fabrizio Romano.

The 32-year-old full-back is out of contract in the summer and as things stand he is set to leave the south west London side on a free transfer at the end of the season.

Azpilicueta’s situation at Chelsea FC has been made all the more complex by the restrictions placed on the club as a result of the sanctions imposed on Roman Abramovich by the UK government.

As things stand, Chelsea FC are not able to renew the contracts of any players, so Azpilicueta looks to be heading to the exit door at Stamford Bridge.

Italian reporter Romano has claimed that FC Barcelona are ready to offer Azpilicueta a two-year contract at Camp Nou to bring him to the Spanish club.

However, according to Romano, the player is yet to make a decision about his future beyond the summer.

Posting on his Twitter account, Romano said: “Cesar Azpilicueta on Barcelona bid: ‘It’s not the right place and the right moment to discuss my future,’ he said during Spain press conference.

“He’s waiting for Chelsea situation to be clarified, while Barca contract proposal until June 2024 is still on the table.”

Azpilicueta has been a loyal servant to Chelsea FC over the years and he has been a regular fixture in the first team this season, too.

The full-back – who signed for the Blues in August 2012, has scored two goals and made three assists in 35 games in all competitions for the south west London side this term.