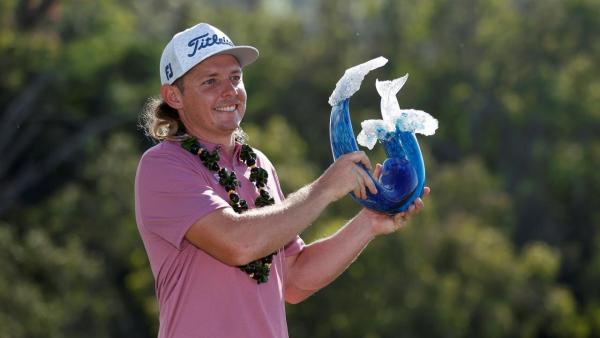 The Saudi International has attracted a stellar field with the defending champion, Dustin Johnson, the man they all have to beat. Read Steve’s detailed preview here…

After three years as a DP World Tour event, the Saudi International now features on the Asian Tour for the first time but that hasn’t affected the field strength in the slightest.

With generous appearance fees no doubt being paid and a lucrative prize fund of US$5,000,000, four of the world’s top-11 are in attendance and it’s the strongest line-up of the week.

The PGA Tour had originally stated that that it wouldn’t allow members to appear after last year’s edition but they’ve since changed their tune and PGA Tour members are permitted to play, provided they commit to play in future editions of this week’s PGA Tour event, the AT&T Pebble Beach Pro Am, which I’ve previewed here.

Designed by Dave Sampson of European Golf Design and opened as recently as 2017, the Royal Greens course is grassed throughout with a Paspalum variety called Dynasty.

Described as undulating and set alongside the Red Sea, there are numerous dog-legged holes, often framed by waste areas and wadis. There are some very large bunkers in place and five holes are played alongside four different lakes.

The greens have previously run at around 11 on the Stimpmeter and they’re described as gently undulating.

The course is usually played as a par 72 and at a slightly shorter yardage but extra tees were built on holes two, seven, eight, 14 and 18 and the ninth and 13th were converted from par fives to fours for the inaugural event – hence the par of 70.

Live on FreeSports (Sky channel 422) all four days, starting at 8:00 on Thursday.

What Will it Take to Win the Saudi International?

The DP World Tour’s stats didn’t have any figures for the winner of the first renewal, Dustin Johnson, or the placed PGA Tour players in 2020, DJ again and Phil Mickelson (presumably because they weren’t Tour members) but we know they can get it out there off the tee and although we only have three renewals to look back on, length off the tee has been much more important than accuracy.

In the first edition the four players placed behind DJ ranked fourth, tenth, first and 13th for Driving Distance and DJ ranked third when winning the title again last year. And the only player inside the top-ten in 2020 to rank outside the top-20 for DD was the winner, Graeme McDowell. He only ranked 47th.

Tom Lewis was the only player in the top-five to rank inside the top-25 for Greens In Regulation (sixth) in 2019 but Thomas Pieters, who finished tied third in 2020, was the only plyer inside the top ten to rank outside the top-12 for GIR and he only ranked 17th. And it was a similar story last year with the first and second (DJ and Tony Finau) ranking third and first for GIR and fourth and fifth for Strokes Gained on Approach. Last year was the first time Strokes Gained figures were used.

With only three renewals to look back on, and with some stats missing, there’s not much to go on but so far, Scrambling has been an important stat and putting hasn’t.

The first three home ranked third, first and sixth for Scrambling last year but 19th was the highest any of the top-five ranked for Putting Average. DJ ranked only 27th for PA and 60th for Strokes Gained Putting.

The course is by the coast and wind is nearly always a factor in the desert anyway. It’s been a factor in each of the first three renewals and will be again this time around, so it’s no surprise to see links form coming to the fore here.

Although he’s not long off the tee, G-Mac fitted the bill given he’s not only a great links and wind exponent, he’d also previously won on two other courses with paspalum greens.

Some ten months prior to his success in Saudi he’d won the Corales Puntacana Resort and Club Championship on the PGA Tour and in 2015 he won the Mayakoba Golf Classic in Mexico.

Those two tournaments, along with the Puerto Rico Open, are the only three courses used on the PGA Tour with paspalum greens now.

G-Mac led after round one when he won in 2020 and he was always in the van. He slipped back to third after round two but he was back in front with a round to go. DJ has been a bit more sluggish though and although he’s never finished worse than second, he’s started slowly in each of the three editions…

Johnson was tied for 31st and five off the lead after round one in 2019, 14th and three adrift after day one before finishing second to G-Mac two years ago, and he trailed by six in a tie for 17th after the first round last year. He went on to win by a couple of strokes but the two men finishing tied for second, Tony Finau and Justin Rose, both started even slower (tied 31st and seven back after round one) so a fast start isn’t imperative.

The wind is forecasted to be up on Friday and especially so in the afternoon so PM-AM may transpire to be the best draw but the best tactic may be to wait until the early starters have finished their second rounds on Friday. The market rarely favours those in the house over those on the course and the value will likely sit with those that have already reached the halfway stage.

With course form figures reading 1-2-1, Dustin Johnson is the very obvious favourite but he hasn’t won since he took this title 12 months ago so he’s a couple of points bigger than he was before the off last year.

DJ took more than three months off after finishing 45th in the CJ Cup in October after a slow start (opened with a 74), so his 25th last week in the Farmers Insurance Open in his first start of the year, where he fell from 14th and four back after three rounds, was a reasonable performance – especially given his rather poor record at Torrey Pines.

Given his impressive historical strike rate and his course form, at odds of around 8/1, he’s a perfectly fair price.

The recent Sentry Tournament of Champions winner, Cameron Smith, is next up. He’s a big hitter and a terrific putter but he’s not for me given this is his first visit. 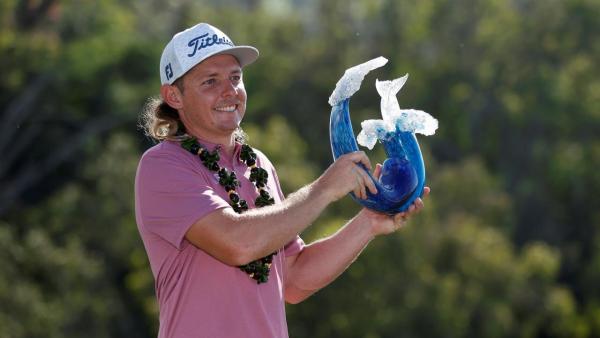 Tyrrell Hatton commands respect given he arrives in Saudi following a sixth in Abu Dhabi and a fourth placed finish in Dubai. The Englishman was sixth on debut 12 months ago and is a strong contender but I’m happy to leave him out at less than 14/1.

I’m happy to have a small bet on DJ at 9.08/1. It’s only a matter of time before he wins again and this is as likely a place as any. And my only other bet is also a small one, on Kevin Na.

The Korean-born American isn’t the longest off the tee so that’s against him but he really caught the eye on debut last year and this is a track that appears to suit him.

After getting into the mix with a seven-under-par 63 in round two, Na traded at a single-figure price when he played his first ten holes of round three in four-under-par but he lost his way twice after that. He played the last six holes of round three in five-over-par and his level-par final round was a strange affair too given he birdied four of his first five holes to get back in-the-mix. Na didn’t kick on after the fast start and he was a dejected man by the time he finished the round 6-5-5.

His 13th around monstrously long Kapalua was a decent effort to begin the year and he led after round one when defending the Sony Open the following week. He tailed off to finish 20th there and we haven’t seen him since but given he’s no bigger than 33/1 on the High Street, I thought 48.047/1 was very fair.