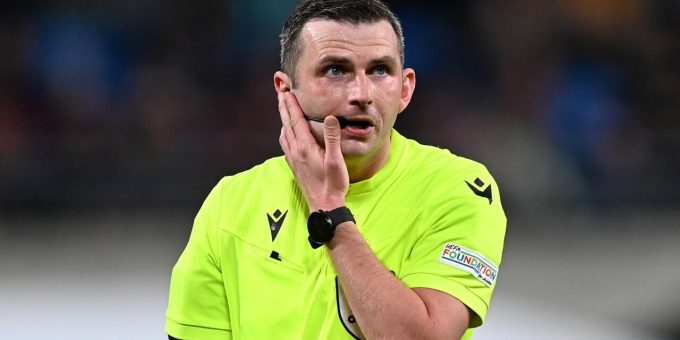 Our football props column has a 16/1 cards bet in the Europa Conference League on Thursday night.

“Marseille have been one of the most carded teams in European football this season, collecting 42 yellows and two reds in their 12 games.”

There’s plenty of British interest in Europe on Thursday night but the one semi-final which doesn’t feature a side from the UK is the one cards punters may do well to focus on.

In Rotterdam, we’ll have two teams who fit the ‘dirty’ bill as well as a referee with a strong history of getting the book out.

Marseille have been one of the most carded teams in European football this season, collecting 42 yellows and two reds in their 12 games – half of those matches in the Europa League before they dropped into this Europa Conference League competition.

Feyenoord aren’t up at that level (who is?) but they’ve still averaged two cards per game across this UECL campaign.

Also, of the eight quarter-finalists, they had committed the most fouls per game (13.5).

That all means Premier League referee Michael Oliver should be kept busy.

Oliver has long been more likely to produce cards in Europe than in his domestic games and he’s now shown 4+ cards in 23 of his last 33 UEFA club appointments. Seventeen of those have seen at least five.

So how to profit?

However, there’s a player-card double which just looks too big to ignore.

Marseille’s defensive midfielder Pape Gueye has been mentioned in this column before and he’s now running at six cards in 22 starts this season.

With Feyenoord full of goals and unlikely to hold back, he could be in for a busy night helping out the backline and looks overpriced at 11/4 for a card.

It’s may also be worth noting that five of his seven cards this season have come inside 36 minutes so he’s also a contender for the first card.

Gueye may well get involved in a few tackles with Orkun Kokcu in the centre of the park.

The Turkish star is Feyenoord’s most-carded player this term and is now into double figures on that front.

Five of his cards have come in his 15 European games, while it’s also worth mentioning that he’s picked up two bookings (in five starts) at international level.

Thursday Cheat Sheet: All the best football bets in one place!