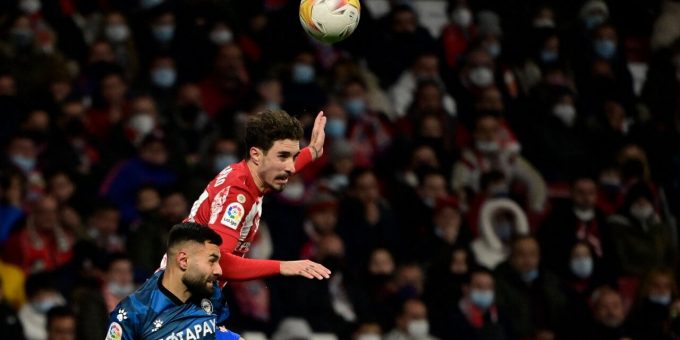 Things turned nasty in the first leg between Manchester City and Atletico Madrid and our football props column is expecting that to carry over on Wednesday night.

“The Croatian has five cards in 24 appearances this season, including three in 12 starts. Recent ‘form’ is also good with Vrsaljko carded in three of his last seven games.” Back Vrsaljko to be shown a card @ 11/5

Things got feisty towards the end of last week’s first leg between these two sides and there looks every chance that will carry over into the return game in Spain.

First of all, there’s a lot to play for – City’s lead is only 1-0 and an all-Madrid semi-final is far from out of reach for Atletico.

Secondly, the hosts are renowned battlers with a strong card record to boot.

It’s rare for domestic champions to be anywhere near the bottom of a fair play table but only two sides collected more yellow cards during last season’s title campaign in La Liga, while this term Diego Simeone’s men sit third in that list again. They’ve also received six red cards.

Thirdly, we’ve also got a strict referee in charge.

German Daniel Siebert has shown at least four cards in 18 of his last 26 UEFA club appointments and while he’s slowed down a little this season, it’s notable he sent off Antoine Griezmann against Liverpool during the group stage, a decision which angered the French World Cup winner, whose blood was still boling when he took to social media during the return game at Anfield.

Griezmann is 5/2 to be shown a card in this game but it’s his team-mate Sime Vrsaljko who I’m turning to in search of profit.

The right wing-back was to the fore as things turned narky in the second half last week, in particular targeting Jack Grealish.

He was eventually booked (one of five cards in the match) for a foul on the England man, committing five fouls in all on the night.

The Croatian has five cards in 24 appearances this season, including three in 12 starts. Recent ‘form’ is also good with Vrsaljko carded in three of his last seven games.

Wednesday Cheat Sheet: All the best football bets in one place!