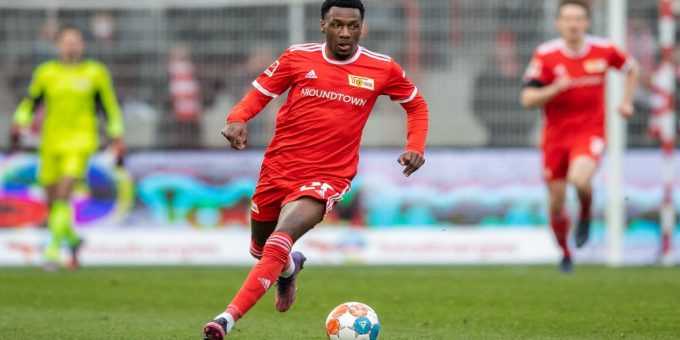 We’re checking out the Saturday evening game in Germany’s Bundesliga, and Kev thinks forwards will come to the fore.

Dangerous Dutchman to hit the target

There was a sad end to last night’s Bundesliga action, as the game between Bochum and Borussia Mönchengladbach was abandoned in the second half after someone in the crowd threw a cup of beer and hit assistant referee Christian Gittelmann on the head. Bet voided, and we move on.

We’ll head to Munich instead, because Bayern are up against Union Berlin, and things have suddenly got a bit tight at the top for the record champions.

Successive draws for the league leaders against Bayer Leverkusen and Hoffenheim, coupled with Borussia Dortmund wins against Arminia Bielefeld and Mainz, mean the gap between the top two is now down to four points. Bayern have been disrupted by injuries, the latest of which has seen imposing defender Niklas Süle ruled out for several weeks. At least influential midfielder Leon Goretzka is back after a long spell out with a pesky patella injury.

Union have really struggled since talismanic forward Max Kruse left to join Wolfsburg in January, and the goals have dried up. However, although I wouldn’t feel confident backing out-of-form Union to avoid defeat here, I am going to highlight one of their players.

Sheraldo Becker has clocked the second-fastest speed in the entire Bundesliga this season, and I think Bayern’s high defensive line is ripe to be exploited by a player of his pace and directness. We can back Becker and Robert Lewandowski to both have a shot on target at 1.8810/11 on the Sportsbook’s Bet Builder.

Becker has had 23 shots in the league this season, 10 of which have been on target, while the peerless Lewandowski has had more goal attempts than any other Bundesliga player.